A day after Mayor Bloomberg and Rolex executives hailed a raid on counterfeit designer good shops in Chinatown, enterprising vendors were back hawking bootlegged wares on Canal Street.

Peddler whispered designer names to shoppers snaking along the sidewalk, heralding bargains still to be had — even if many storefronts were indefinitely shuttered.

A vendor named Tun stopped briefly to show a laminated card with pictures of designer bags for sale, and said he’d be right back before slipping around the corner. Reappearing minutes later, he pulled a small package from his jacket and unwrapped a knockoff Louis Vuitton handbag.

Asked why he immigrated from Vietnam to work on the streets of New York, Tun gushed, “It’s the Big Apple: very, very sweet!”

It was anything but sweet the day before for those peddling designer knockoffs from Chinatown storefronts. On Feb. 26, the mayor’s Special Enforcement Unit and cops from the Fifth Precinct seized about $1 million in bogus goods and closed 32 shops in what Bloomberg dubbed the “counterfeit triangle” of Canal, Baxter and Centre streets.

Targeting property owners George and Carl Terranova, police got a restraining order to keep vendors out and began a lawsuit, citing building code violations. The Terranovas, who promptly issued a statement promising to cooperate with the city, must demonstrate that new tenants will sell legitimate goods before the stores can open again, officials said.

The closure of the storefront operations didn’t stop vendors like Tun, who said his boss brings in containers of knockoff goods worth thousands to resell on the street. On a good day, Tun will make $80, from which he pays $15 daily rent for a private room.

Nearby, the Lucky Stone shop was still open, displaying water fountains and carved stone dragons, giving some life to the street amid closed graffiti-laden metal gates on neighboring stores.

Robert, the shop owner, said he was grateful that police supervisors allowed him to reopen after determining his business was legitimate. He did, however, lose a day and a half of business.

“It’s slow today, too,” he said, explaining the lack of open stores had cut foot traffic.

Sitting inside a Centre Street kiosk, the “newspaper man” as he identified himself, said complained that innocent businesspeople suffered when cops shut the entire block for the raid.

“They lose their livelihood. The little guys always suffer,” he said.

In one of the closed shops, an NYPD detective stopped packing confiscated handbags, belts and wallets to talk with two women standing on the other side of a metal barricade set up by authorities. The detective explained in Chinese that the women could have access to their grocery and bamboo shop once they return with letters of permission from various city agencies.

“No illegal!” one of the women declared. She rubbed her eyes with her fists — apparently expressing her sadness to be out of work.

Experiencing a different kind of disappointment were Sammie Jones and Patrice Eldridge who came from Texas hoping to find the same Prada bags they had picked up in Chinatown last year. Neither had any qualms with buying bogus bags.

“[The designers are] not really reimbursing the people that are making them. They’re getting made in sweatshops and it’s costing them nothing, then they’re selling them to us at 500 or 600 times a markup, so it doesn’t bother me at all to come to Chinatown and buy the knockoffs,” said Jones.

Here are some scenes from Chinatown, a day after the crackdown. 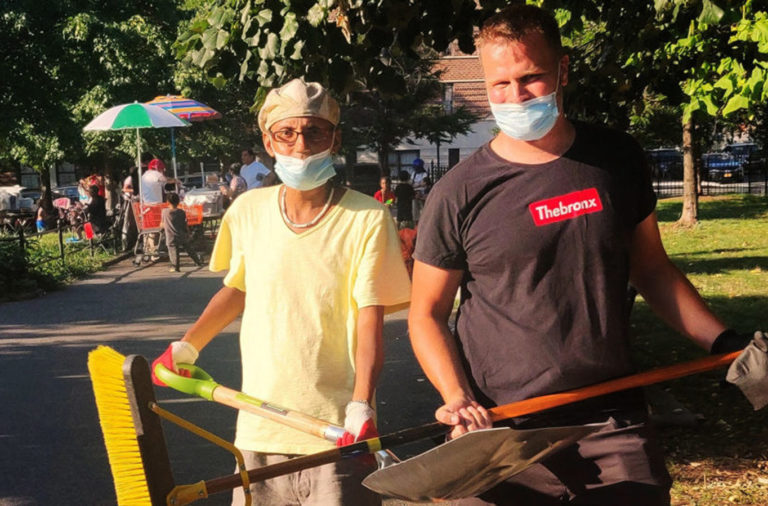 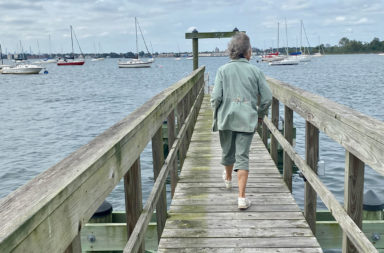 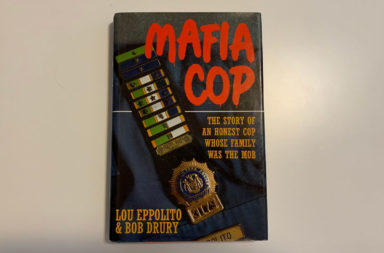 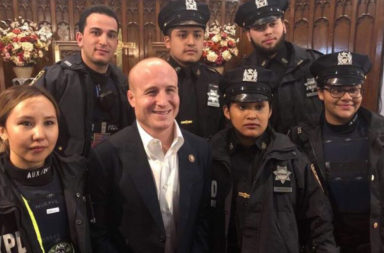