Smoother gum.  Beer bottles turned into glassware. Soda made from tap water in 30 seconds. These were some of the eco-friendly items featured at the third annual Green Products Expo, held Feb. 18 at the Marriott Marquis in Times Square.

The expo presented the creations of more than 60 companies, including Cuisinart, Bissell and Skoy, a California start-up that produces 100% biodegradable, machine-washable cleaning cloths.  From booths at the media-only event, company representatives demonstrated everything from kitchen cleaners to food and beauty products to water-saving faucets and toilets. Our reporters selected seven standout products for review.

Few people think about neuroscience when steaming broccoli or frying a turkey burger, but the founders of the ceramic cookware company Xtrema want cooks to make that connection. Their cookware is neuroscientist approved, thanks to the exclusion of potentially harmful heavy metals in the manufacturing process.

Rich Bergstrom, Xtrema founder and CEO, said that Ceramcor pots, pans, utensils and other cookware is the only 100 percent ceramic line.  While other brands might put a ceramic coating on cast iron or aluminum cookware, Bergstrom said, “That’s like putting a biodegradable wooden fence around a landfill and calling it a green non-toxic landfill.” 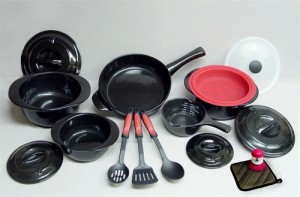 Because Xtrema cookware is made from inorganic natural materials, fewer fossil fuels are consumed in its manufacturing than its metal cookware equivalents, he said.  Food cooked in Xtrema pots is more healthful, Bergstrom noted, because heavy metals won’t leach into it.  In cast iron, Bergstrom said, foods pick up “iron that is not bio-available” – in other words, it can’t be digested and used by the body, and may harm organs.  Other heavy metals may exacerbate health problems and certain diseases like ADHD, he added.

The black cookware line has a sleek, smooth look and feel, and is less expensive than some high-end products. Le Creuset’s enameled cast-iron 3-quart sauce pan with lid lists for $222, whereas Xtrema’s 3-quart covered sauce pot sells for $99.99.  One possible hazard of Xtrema pots and pans:  They’re breakable.
– Megan Finnegan

To all the sponges, washcloths and the dishrags out there: You’ve been warned. There’s a new player in the kitchen. And it’s green. Pink, blue, orange and purple, too.

Consumer awareness about the environment has opened up a huge new market for earth-friendly cleaning products. With 2.5 million tons of traditional paper towels reaching landfills annually, many consumers are switching to less wasteful alternatives.

The cloth comes in colorful 7.75”-by-7” rectangular sponge-like pieces.  One Skoy cloth can outlast 15 rolls of paper towels, and the company boasts that it can absorb 15 times its weight in water.  A set of four cloths costs between $5.99 and 6.99 on Amazon.com. If you’re doing the math, four sheets represent 60 paper towel rolls worth of absorption.
– Jonathan Balthaser

Designed by Christie Eichers, regreet is a line of stylish labels and envelopes, decorated with simple green circles and a small frog. To make a used card new again, stick a signature label over the card’s old writing, write your own message, and send it off in a regreet envelope. 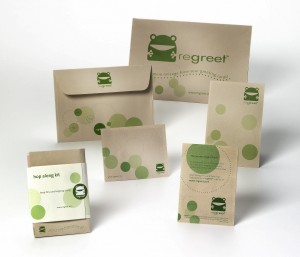 Eichers created regreet after sorting through stacks of old birthday cards that her dad received. Given the cost of each card, she felt bad stuffing them in a drawer or throwing them in the recycling bin. She wanted a creative way to reuse them. Eichers consulted a designer friend and regreet was born.

Regreet labels, envelopes, and notepaper are created with recycled materials and printed with soy ink. Each kit costs $12 and comes with labels and envelope for eight cards, which works out to $1.50 a card, making them cheaper than the average greeting card. Each label has a “journey code,” so customers can register the card on regreet’s website and track where it goes.

Regreet donates a portion of its earnings to a customer-selected nonprofit. “I wanted to do more than just recycle,” said Eichers. “I wanted to give back to the community.”
– Jessica Dailey

The effect of soda on our environment and our health has been a longstanding concern of the green movement.  One company aims to make soda a little friendlier to the environment, more healthful and easier on the wallet.

Sodastream USA manufactures a variety of soda makers that send a blast of carbon dioxide into a canister of tap water to make seltzer. It also features a line of flavored syrups, which turn the carbonated water into soda.

The syrups are made with natural sugar. Diet mixes contain Splenda. The syrups come in flavors similar to most major soda brands, as well as an energy drink and sparkling water. 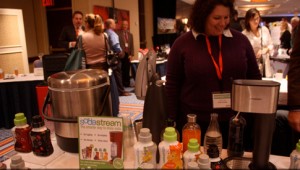 The soda maker has several different models, which range between $80 and $200. The carbon dioxide canisters, which are good for about 60 liters of soda, run $30 for a two-pack. Mixes are $5 a bottle and make 12 liters of soda.

Sodastream recycles the carbon dioxide containers that make your water fizzy. Consumers return the empty containers after ordering replacements. The company cleans and inspects them, then sends them out again.

The Sodastream system both lightens the load you carry home from the supermarket, and decreases the number of bottles and cans that end up in the trash.
–Bobby Melok

Seventeen energy self-sufficient houses built on a half-acre of land, surrounded by nothing but nature. No, this isn’t Dharmaville of “Lost” fame. It is Katywil, a self-sustaining eco-village where, the founders say, people can live in peace. The brainchild of Bill Cole, the community is based in Colrain, Massachusetts, and named after Cole’s parents (Katherine and William). The houses have solar thermal roof panels that heat water, which is then pumped through the floors, “R-45” walls made out of recycled sheet rock and a window system that lets in passive solar heat.

Cole, who showed pictures of the houses and their floor plans at the expo, has sold four of the houses, two of which are now inhabited. 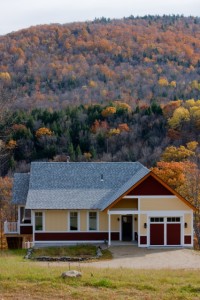 Cole developed a love for eco-friendly living in the 1960s after boarding with a couple that lived organically. Cole’s mother’s farm in Virginia also inspired Katywil.

Next summer, the community will plant its orchard and first organic garden. Eventually, Cole hopes to raise chicken as well as goats. But for now, Katywil is, as Cole puts it, only “ a vision of how life might be.”
– Jessica Courtemanche

SKINCARE – FOR A CHANGE

The Answer for Skin, a new skincare line, promises to help pre-menopausal women deal with their unique dermatological irregularities. Tired of hormonal acne, dry and oily patches and discoloration, Ellen Holder, 46, took things into her own hands when she developed The Answer for Skin: Peri-menopausal System.

Holder debuted the product line at the expo with her best friend and business partner, Carol Kelling. The Answer for Skin includes a balance lotion, detox spot treatment, cleanser and facemask, which average about $24.95 a piece. A starter kit is available at carenonline.com for $26.95. 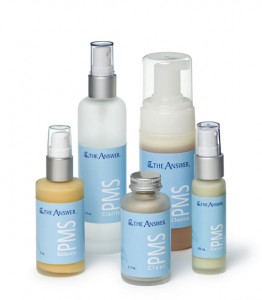 Holder and Kelling launched carenonline.com four years ago because they were unsatisfied with the quality of organic beauty products at Whole Foods and other vendors, and wanted to provide brands they had tested and approved for women like them.

“You’ll see things that have been slightly green washed – they’ve added the botanicals in there as well and a lot of cheaper ingredients,” Kelling said of treatments that don’t live up to the promises on their labels. The Answer includes Moroccan Argan oil blended with pure detoxifying botanicals.

A tag on each shirt catalogs the story behind the illustration, the name of the artist, and the country where the child lives. The eco-friendly handmade organic cotton t-shirts run from $25-$38. Proceeds garnered from each shirt benefit the children who designed them. Rain Tees sponsors artists whose work is chosen for the designs, allowing them free education at a school in their respective home countries. 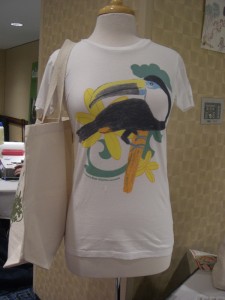 Doane’s employees, based outside the Peruvian Amazon and in downtown Los Angeles, are paid 15-25 percent above the average wage, she said.

SLIDESHOW: Check out some environmental-friendly food choices presented at the Green Products Expo.