Problems with the city’s new voting machines during September’s primary raised concerns that the electronic ballot boxes might pose difficulties for the population they were designed to help: people with disabilities.

Days before the general election, the Board of Elections held a demonstration on how to use the city’s new machines at the Jewish Guild for the Blind in Manhattan. The Guild is an adult day health care program that serves adults who are blind or visually impaired and who have chronic medical conditions. The Guild’s Upper West Side building will be used as a polling site on Election Day. 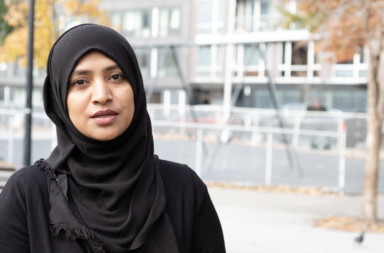