New York’s Returnable Container Act – also known as the Bottle Bill – began in 1982 to encourage recycling. The law secured a five-cent deposit tax on most carbonated beverages. Over the past two decades, new beverage containers, including water bottles, have been added to the list of redeemable recyclables.

The state receives the majority of unredeemed deposits, totaling around $100 million annually. But there is an industry of people whose gainful employment consists of scouring city streets collecting bottles and cans carrying the five-cent deposit. They are “street canners,” and redemption centers – like Sure We Can in Brooklyn – have grown around this grassroots industry. 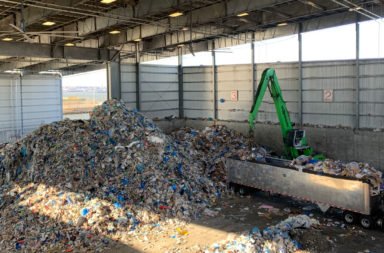