Runar Gundersen ran past 96th Street and First Avenue in each of his last 36 consecutive New York City Marathons. This year, Gundersen, 63, paused at the intersection and his face lit up.

He smiled despite the pain in his lower back, which still ached, barely five months after spinal surgery. His ankles, battered from nine operations, hurt, too.

But the sight of friends – some of them just digital presences in his life until recently – at the 96th Street aid station buoyed the Norwegian retiree. They gave him water, hugged him, took pictures and cheered him on.

Gundersen went on to complete the marathon in 5:11, six minutes under his 2014 time. He only ran a mile-and-a-half to train for this year’s race.

It marked his 37th finish in the New York City marathon – more than all but three people alive.

“Running is my life,” Gundersen said at Cassidy’s Pub on West 55th Street, hours after the race ended. “And of course I came to meet these fantastic people.”

He was referring to the Dungog Dashers, a 400-strong recreational running group that formed on Facebook after Superstorm Sandy forced the cancellation of the 2012 race.

Gundersen stood up for hugs each time a new batch of friends trickled into the back of the dimly lit bar. He drank a couple pints of Samuel Adams and downed a cheeseburger. Other tired and happy runners surrounded him at the adjoined circular tables, eating chicken potpie and fish and chips.

Gundersen leaned in. He spoke about this year’s race and listened as his friends gave him updates on their lives.

The pub was a long way from Gundersen’s life in Drammen, a port city 27 miles outside of Oslo.

The lifelong bachelor said he loves the freedom of being able to travel and run. He also has plenty of time to spend on the Internet, writing about the New York City Marathon, answering questions from runners and communicating with friends.

“I lived alone all my life. I like the fact that I do anything I want to do,” said Gundersen, a retired senior adviser at Statistics Norway.

“Now that I have so many friends, traveling is different,” he said with a smile. “Now I can go out with friends.”

As the celebration went on, Gundersen’s thoughts turned next year’s race. 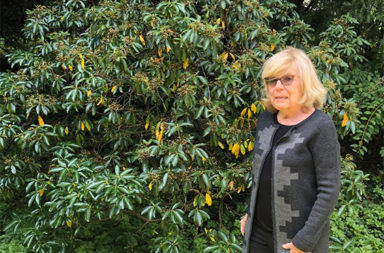 via The New York Times

When Marathon History Runs in the Family 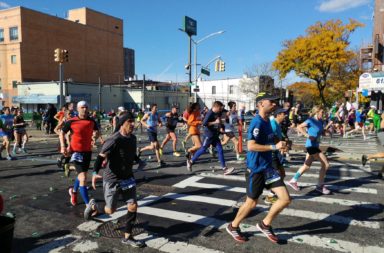 Marathon 2016: Scenes from the Sidelines