In the second episode of “Black Mirror,” a Netflix series that imagines a dystopian world dominated by technology, a character named Shou describes the philosophy for his virtual-reality video games, which immerse the players in a nightmarish environment created by their own fears.

“You face your greatest fears in a safe environment,” says the diabolical Shou. “It liberates you.”

The same principle is used in virtual-reality (VR) therapy, which psychologists say is increasingly being used by mental-healthcare providers to treat conditions like phobias and post-traumatic stress disorder.

Dr. Robert Reiner uses the tech-driven technique at his Upper East Side clinic, Behavioral Associates. The old-fashioned furnishings and yellowing diplomas in his office contrast with the flat screens and modern headsets that are the tools of his trade.

VR therapies immerse the patient in a 3-D simulation that exposes the person to the situations that trigger panic or anxiety. It’s like playing a video game, but with curative effects. Fear of public speaking and fear of flying are some of the most common phobias treated by VR therapy, according to Reiner. He compares the “anxiety inoculation training” of VR with having a flu shot, where the patient receives a small amount of the disease so his body learns how to deal with it.

In a patient with a fear of flying, said Reiner, “the brain is wired” to associate being in a plane with intense anxiety.

“What we do is rewire the brain,” he said.

According to the National Institute of Mental Health, specific phobias affect an estimated 19.2 million adult Americans. Depending on the phobia, VR programs for therapy can recreate the experience of being on an airplane, speaking to a large audience, sharing the company of a dog, or being trapped in a small space.

VR therapy is also effective in treating patients with PTSD, according to Dr. JoAnn Difede, director of the Program for Anxiety and Traumatic Stress Studies at Weill Cornell Medical College. She has been working with victims of the 9/11 attacks and U.S. soldiers deployed to Iraq and Afghanistan.

A 2013 review of 20 years of research, published in the journal La Presse Médicale, found that VR therapy is even more effective in some instances than traditional exposure therapy, where patients are exposed to their anxiety triggers in real life.

Though it’s been used for more than two decades, the therapy is entering a new era owing to the rapid improvement of motion graphics, mobile technologies and better real-time measuring of the patient’s reactions to the therapy. Now, even smartphones come with gyroscopes used in VR to respond to the user’s orientation and movement.

Devices like the Oculus Rift and Samsung Gear goggles bring a better graphic experience that is affordable for more clinicians. And design software allows doctors to create specific simulated environments for phobias like fear of needles, driving, and animals like dogs, snakes, rats or spiders.

Difede says that in a few years, accessing technology for VR therapy will be as easy as downloading a mobile app. So, will this allow patients to bypass professional therapists and take matters of treatment into their own hands?

“It’s like asking if someone with a scalpel can do surgery on himself – the answer is no,” Difede said. “We really urge people to collaborate with someone who is trained in the therapy.” 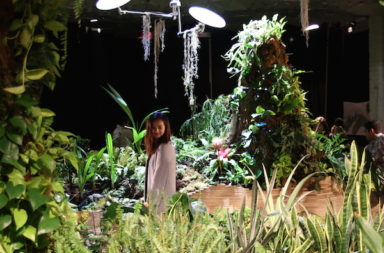 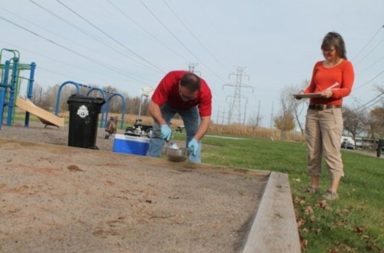 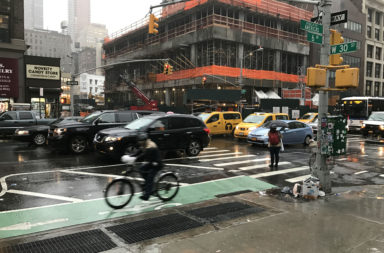