SPECIAL REPORT: The Price of Policing

IN NEW ORLEANS, WHICH HAS THE NATION’S FOURTH-HIGHEST MURDER RATE, HOME AND BUSINESS OWNERS CAN BAND TO HIRE PRIVATE NEIGHBORHOOD SECURITY FORCES BY PAYING A SPECIAL TAX. A NYCITY NEWS SERVICE INVESTIGATION FOUND THAT THE ADDED PROTECTION SYSTEM BENEFITS WEALTHIER DISTRICTS AS POORER AREAS ABSORB THE BRUNT OF CRIME.

NEW ORLEANS – Kyron Miller shudders as he recalls barely escaping amid gunfire after being robbed in the city’s Seventh Ward.

He and a friend were walking on a secluded street one night in 2012 when two armed men took their wallets and phones.

“They shot the gun a few times in the neighborhood,” said Miller, now in his mid-20s. “Not a soul came outside.”

The Seventh Ward is an expanse bordered by the Mississippi River, the heavily trafficked French Quarter and the fairgrounds that host the city’s annual Jazz Fest. The Seventh is one of the city’s poorer sections, with a higher crime rate than some nearby wealthier neighborhoods.

Miller said not only did residents stay inside the night he was robbed, but police did not respond to the shots. He had little faith they could do much, anyway.

But not far away, in New Orleans’ more well-to-do areas, policing is a different story.

Unlike almost every major city in the United States, New Orleans allows neighborhoods to boost local tax bills to pay for extra protection – but the money isn’t shared with poorer sections of the city.

Most of New Orleans’s wealthier sections have opted for the additional policing, raising an additional $6 million in taxes yearly that directly benefit about 100,000 people – a little more than a quarter of the city’s population.

Meanwhile, poorer neighborhoods pay a far steeper price: An NYCity News Service analysis found that 92 percent of all homicides in New Orleans since 2012 occurred outside of so-called security districts.

The disparities represent an open wound in a city still battling back nearly a dozen years after Hurricane Katrina forever scarred the Big Easy.

The pre-Katrina New Orleans Police Department force of nearly 1,700 officers is down by about 500 as the city grapples with the nation’s fourth-highest murder rate. Meanwhile, the NOPD operates under the cloud of a 2012 consent decree, born of years of complaints of excessive force and discrimination. New Orleans’ population, which declined by more than half in the year after the devastating flood, is still about 100,000 short of 2005 levels, with some neighborhoods largely abandoned as others rebuild.

The French Quarter, even amid a high-profile mass shooting on Bourbon Street last year, brims with people, music – and cops. But in the neighborhoods beyond, there plays a tune of two cities.

Under a Louisiana state law that went into effect nearly two decades ago, any neighborhood can opt can vote to tax itself extra and use the funds to create a security district.

In theory, residents of poorer sections could decide to tax themselves to pay for added security. The reality is that does not happen in a city where nearly one-quarter of the population lives in poverty.

Extra yearly taxes in neighborhoods with security districts range from $100 to $2,600 per household or business. These parts of New Orleans, in general, were traditionally safer than areas too poor to afford extra protection.

Meanwhile, New Orleans struggles to rebuild  its police force even as the overall crime rate often exceeds levels in most other big cities. In 2016, New Orleans logged 175 homicides – its highest number since 2012, according to NOLA.com.

The $6 million a year collected in the security districts, if allocated to the NOPD, would add almost 4 percent to the department’s budget. That would cover the median annual base salary of more than 110 officers.

“If you look across the city, you’re going have more affluent neighborhoods that have the security districts,” said Shelley Landrieu, administrator of four security zones in New Orleans’ Garden District. “But it’s not just because they have the money. It’s because they’re also more stable and they have the money and they’re trying to protect now what they have.”

A 2013 report by New Orleans Office of Inspector General found the widespread use of security districts is unique to New Orleans – and raised whether it is fair for richer areas to not share tax dollars with struggling parts of the city. The report questioned whether public safety should be regarded as “a private good at the neighborhood level” or as “a public good at the city-wide level.”

She was working for Metro Security Services, which the neighborhood hired using locally generated tax funds.

April is the beginning of New Orleans’ legendarily hot and sticky weather. A warm wind blew as Clofer drove along her usual route. At around 1 p.m., she spotted a stranger in the front yard of a familiar house.

As she pulled over, she noticed the man’s brown gloves, decorated with with large white snowflakes.

“I know that it’s out of place,” Clofer said. “It’s mid-April. Why do you have gloves on?”

She questioned the man and became suspicious. She said he tried to escape in his car so she grabbed his shirt.

He punched Clofer’s arm, but she held tight and called Metro headquarters with her other hand. The NOPD was on the way, but he eventually broke free and sped off.

She checked the home and spotted a pile of valuables next to the door. She had interrupted the theft of televisions, computers and jewelry.

Clofer gave a description of a blond white male to police. She later identified a man in a photo lineup, leading to his arrest.

Security districts started forming in 1998, when residents in the Lake Forest Estates Improvement District voted to pay for extra patrols. Since then, more than 30 neighborhoods have established security districts.

“I think it’s an inequity at the same time that it is also community organization,” said New Orleans resident Ryan Galvin Wise, who studied security districts as part of her 2013 master’s thesis at the University of New Orleans. “That’s why communities are organized. Just because you don’t have a security district, doesn’t mean you can’t do that. But it creates differences. There’s no doubt about that.” A crowd fills the street in the St. Claude neighborhood during a Second Line parade. Photo: Kara Chin

Residents who want to create a security district must first set up a governance structure. The proposal must include boundaries, slots for volunteer commissioners who oversee the district, and a set tax – called a parcel fee – for homeowners and business owners. The plan must be approved by the governor and the state legislature before a vote by the community.

The Lake Barrington Subdivision Improvement District formed in 2012, after a resident was shot and paralyzed during a home break-in, according to Odile DuConge-Ramsey, the district’s top commissioner.

DuConge-Ramsey added the lack of a security district “gave free reign for those who wanted to come in and commit crimes.”

The district is among eight that employs Metro Security Services. Among the others is Lake Vista Crime Prevention District, where Metro officers patrol the neighborhood for 18 hours per day in a small Nissan pick-up truck.

Tom Long, president of Lake Vista security district, said patrol officers may be asked to escort a resident to their home at night or check on their homes while they are away.

“They respond to calls of all sorts, including loose pets,” Long said. Children at the playground in City Park of Mid-City, an area with a security district. Photo: Kara Chin

In the Mid-City Security District, three to five additional New Orleans Police Department officers can be spotted throughout the day in an area less than two square miles. The district collected close to $1 million in real estate taxes to pay for the patrols.

There are limits to what a security officer can do. Some carry guns, others don’t. Private security patrol officers do not conduct investigations. They primarily deter crime by being visible, and act as first responders until NOPD cops arrive.

“All we can do is stand around and make sure they don’t hurt each other ’til the police get there,” said Lloyd Jarreau, president of Metro Security Services.

He said that his officers can help with civil matters or make an arrest, but they cannot settle a domestic dispute.

Not all security districts are created equal: Some simply have security cameras.

The Tamaron Subdivision Improvement District spent only $370 in 2015 for security cameras. It is among seven small, relatively safe subdivisions in New Orleans East that have security districts but no patrols. “Anything that causes people in a neighborhood to feel more engaged with their neighbors and to go outside and have dialogues and have common interest is the solution,” Serpas said.

He views security districts as a community-led initiative that formed out of dissatisfaction with police for problems that include slow response, corruption and other problems.

“Security districts, I think, will always have a life when people are dissatisfied by the amount of police protection they see,” Serpas said.

One part of New Orleans that does not have a security district is Central City, where about 31 percent of residents live on a household income of less than $10,000 a year, according to 2015 American Community Survey census data.

“I wouldn’t want to pay extra money although I would like the extra security,” said Brianna Steele, resident of Central City. “It’s no way possible that I could afford it.” Residents of the Seventh Ward, where Kyron Miller was mugged at gunpoint, are only slightly better off on average than folks in Central City: The median income is $21,000 a year, making the likelihood of a security district dim.

Along with the cost, Miller foresees another major obstacle.

“The organization part might be part of a struggle,” Miller said. “That’s a different problem.”

Residents agree that widespread crime affects the quality of life.

The Price of Policing was produced by:

• Emily Siegel (@EmilyRSiegel), a video journalist based in Miami. She is currently a video production fellow at Univision. www.emilyrosesiegel.com

• Deonna Anderson (@iamDEONNA), an equitable cities fellow at NextCity.org who previously interned at The Marshall Project and NYMag.com. www.deonnareports.com

A Note on Methodology:

To look at crime, the NYCity News Service filed freedom of information act requests and obtained data for the location of crime throughout New Orleans. 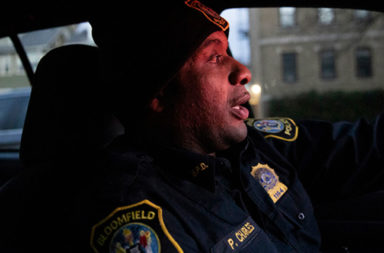 Where Arrests Are a Last Resort 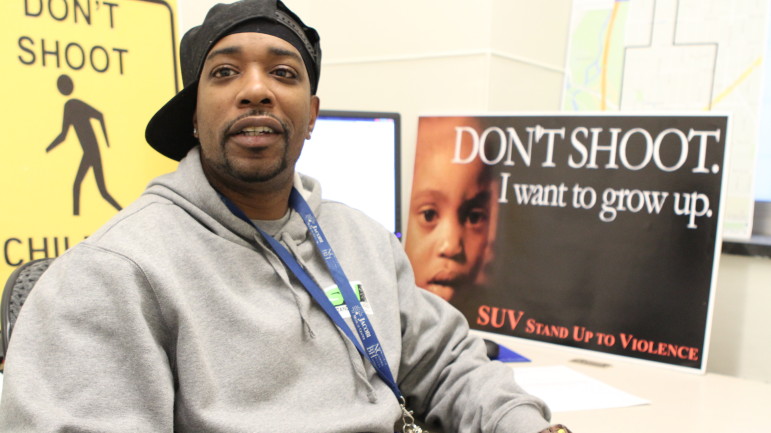 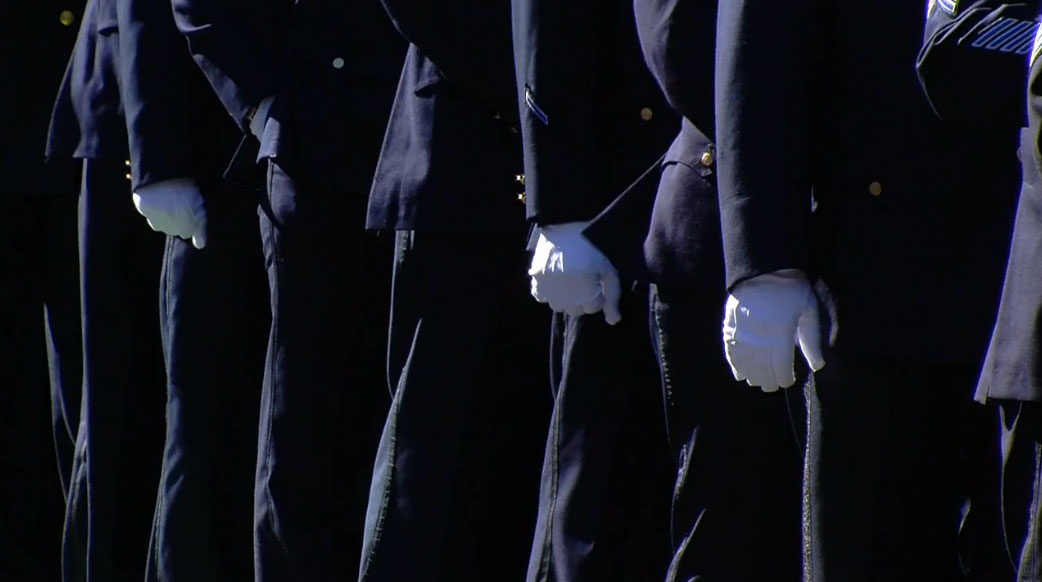