The Committee on Women and Gender Equity heard about issues ranging from healthcare and the criminal justice system to economic instability and family rejection. Over the course of five hours, almost half of the speakers addressed problems revolving around one institution: the City University of New York.

One described being taunted by a professor repeatedly asking, “Are you a boy or a girl?” Another detailed an incident in which a school published a photo identifying them as a trans student without their consent. Yet another said they were blocked from using one of the campus bathrooms.

Faculty members were among those who spoke of being mistreated.

“I suspected that I would face transphobia, so I waited until after I got tenure to come out on campus. It turned out that my suspicions were correct,” said Red Washburn, director of Women’s and Gender Studies at Kingsborough Community College.

“Six months after I came out as trans at work by requesting a name and pronoun change and sharing that I was getting top surgery, Kingsborough’s administration announced that it was defunding Women’s and Gender Studies.”

That was two years ago. Washburn, who uses they/them pronouns, said they have since lost their office, the ability to change their curriculum and have faced backlash for detailing their story in a Daily News op-ed. 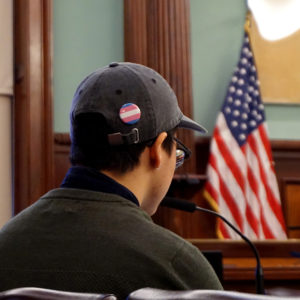 A speaker at the hearing wears a trans flag pin. (Valentina Iricibar)

In February, New York State expanded its human rights law with the Gender Expression Non-Discrimination Act (GENDA), banning discrimination based on gender identity and/or expression. Washburn, who last month withdrew a year-old complaint to the New York City Commission on Human Rights, is now in the process of filing a complaint with the federal Equal Employment Opportunity Commission.

“There’s a lot of things happening right now, but ideally I would see this as a way to hold CUNY accountable,” Washburn said in after interview after testifying. “It was definitely difficult to hear such awful experiences, but I feel really hopeful.”

No members of the CUNY administration were present at the Nov. 27 fact-finding hearing held by the committee chaired by Helen Rosenthal (D-Manhattan).

“It would have been a powerful learning opportunity for us as we are working to make consistent progress on making sure that access and inclusion are meaningfully experienced by all student communities,”  said Christopher Rosa, CUNY’s vice chancellor for student inclusion initiatives, an office that was created in August.

Asked about Washburn’s experience at Kingsborough, Rosa said he encouraged CUNY members to “leverage the resources that are available at their campus” but that his office was “always available as a resource.”

Arno Pedram, co-president of the student LGBTQIA Club at the Craig Newmark School of Journalism at CUNY, spoke of the need for administrators to be more proactive.

“We were lucky to have a cooperative administration that acted in humility, listening and being responsive to our worries,” Pedram said. “But this has placed a lot of the responsibility on trans students to change the culture when it ultimately should be up to the administration to do so.” 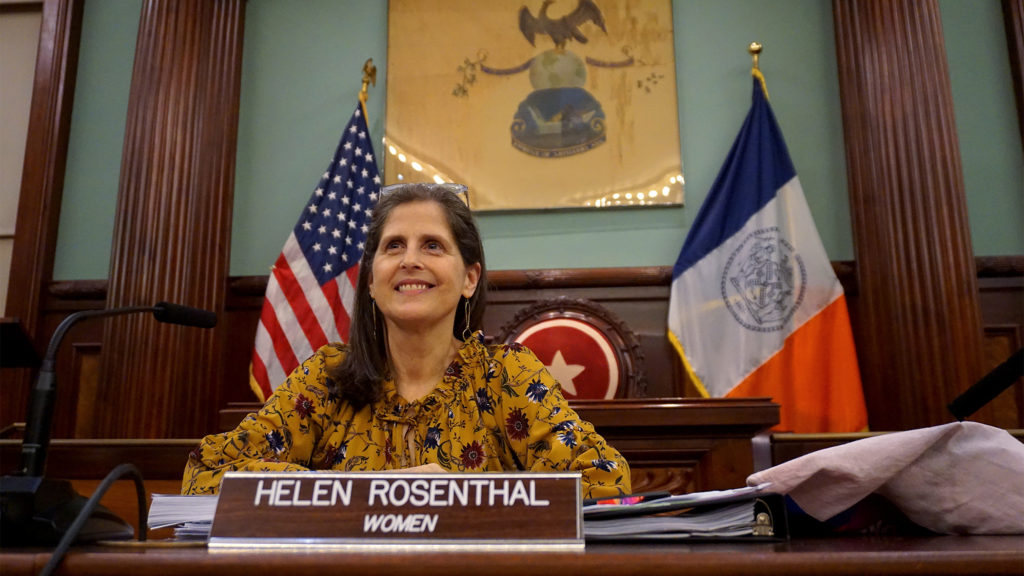 “The issues of this population are immediate and fixable,” said committee chair Helen Rosenthal. (Valentina Iricibar)

Rosenthal said she plans to write to CUNY’s leadership after hearing so many speakers describe their experiences.

“The powerful voice of CUNY students and faculty expressing the same concerns about bathrooms, pronouns, respect and ID cards—it’s just common-sense things,” she said after the hearing. “It’s very disappointing that CUNY has not risen to the occasion to address these issues.”

Rosa said that the hearing would be “agenda item number one” at CUNY’s next monthly LGBTQ Council meeting in January. The council, established in June, is composed of administrative staff and faculty.

“These are issues that require vigilance. In our newly created office, these are the foundational elements of a larger commitment to meaningful inclusion of members of the LGBT community,” Rosa said. “We hope to redouble our efforts around our vigilance on those issues.”

The hearing opened with presentations from the City Commission on Human Rights and the city’s NYC Unity Project. Rosenthal told those officials she would like to see an audit into citywide spending on resources for transgender, gender non-conforming and non-binary New Yorkers.

“Let’s see what the administration does on its own without new legislation,” she said. “The issues of this population are immediate and fixable. What needs to happen is someone has to have the intention of fixing them.”

Correction: The status of Washburn’s EEOC complaint was stated incorrectly in an earlier version of this story.

Streets Master Plan Has Designs on a Safer City 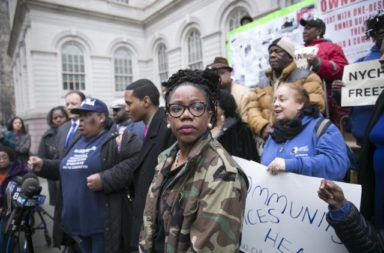 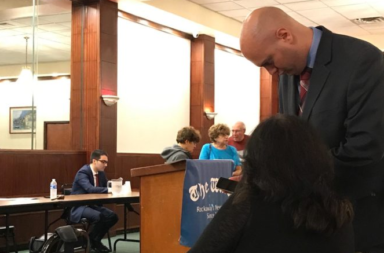