In the midst of dozens of routine tests shortly after their first son’s birth in 2018, Tripp and Marisa Ware were in for a surprise.

Newborn Wyatt had hearing loss. Soon after, they had another surprise: a $700 bill for an audiologist.

Parents aren’t supposed to foot the bill to find out if their infant child has hearing loss. Newborn hearing screening is supposed to be free of charge, and it was for the Wares, who live in Parker, Colorado

Their Blue Cross-Blue Shield insurance “covered just about everything but stuff around hearing loss,” said Tripp Ware, 30, a senior business development manager for an industrial construction company. He and Marisa, 27, a stay-at-home mom, had to pay Children’s Hospital of Colorado many weeks after they left.

“We learned quickly to save up for our son’s needs,” Tripp Ware said.

Passed by Congress in 1999, the Newborn Hearing Screening Act was boosted with millions in federal funding to get going in all 50 states. The screening is now performed on 95% of babies, helping detect the three in 1,000 with hearing loss.

Screening is the first step to helping a deaf or hard-of-hearing baby get on track for learning. Done within a day or so of birth, usually while the infant is sleeping, the first test measures brainwave response to a variety of sound frequencies. The followup confirms the accuracy.

Both tests are supposed to be free or low-cost. But for 15% of privately insured patients, they are not, according to a 2020 study by the Journal of Early Hearing Detection and Intervention. When a hospital separates the screening from other usual birth charges, a policy for some systems, parents have to pay an additional average of $84.

A 2016 study found that of the more than 30 tests usually done within the first week of birth, the newborn hearing test is one of the only for which there is no uniform nationwide billing policy.

In most states, the cost is wrapped up in birth fees and listed as a covered charge. In others, the state hearing program bills insurance companies or Medicaid separately. This means parents sometimes are asked to pay and then need to seek reimbursement. But some parents don’t know their rights and billing practices can vary.

“Midwives charge either as part of their birth price or separately,” said Sara Kennedy, an advocate for the Wares at Colorado Hands & Voices, a nonprofit organization that connects parents with resources for deaf or hard-of-hearing babies. “Most states have a pretty liberal policy of coverage,” she said, adding that parents can work with their state’s chapter of Hands & Voices or other advocates to get reimbursement.

Some older insurance plans under the umbrella of the Affordable Care Act can also allow tests to be billed to parents. Sometimes parents prefer to get testing done by a select audiologist, who then can bill for a co-pay, as was the case for the Wares.

Such third-party screening services can be a complicating factor. Some companies come into the hospital, do the testing on the baby, and then bill the insurance company. Policies may not include the third-party company, so insurers often pass the cost along to the family. Parents are unaware until they get a bill.

Companies that critics call predatory will charge an average of $130 to $150 to private insurers or pass the bill directly to parents.

“This is an example of the ‘surprise billing’ phenomenon,” said Julia Costich of the University of Kentucky, a billing-study author. In some cases, Costich said, “The screening provider can charge the family separately and pursue collections when the bill isn’t paid.”

The Damage of Delays

When parents are surprised by bills for infant screenings that they can ill afford, they may not have subsequent children tested soon enough. Screening is vital to make sure infants get hearing aids within the first three months or start their sign-language instruction.

“If you identify people sooner you can intervene sooner. There are steps parents can take…to help their child, and getting a panel of tests is one of them, easily,” said Dr. Nicole Gatto, associate professor of Public Health at Claremont Graduate University in California. Children whose needs are not detected before age 3 suffer years of language setbacks. They’ll go through extra appointments with speech therapists and sign-language tutors and can cost states thousands more in special-education costs.

The push for newborn hearing screening nationwide was partially undertaken as a cost saver. Colorado was studied as a model, with initial hearing tests in the early 1990s, and used as an example in the national push. Funding a simple test at birth saved schools thousands in re-education or language services, a 2018 review by the International Journal of Neonatal Screening of late-1990s studies showed.

The Wares’ experience with their first child made them prioritize the initial newborn screening and follow ups for their second son, Brody, who was born in the same hospital in April during the stay-at-home order in Colorado.

They called ahead and got into their audiologist for the test despite many cancellations. Brody also has hearing loss.

“We were lucky we called our audiologist directly and got in for a hearing screening…” said Tripp Ware.

“We still had to pay $700 for a followup when Brody’s test came back for hearing loss. We were ready though—we had saved up for another round of fittings and testings and appointments.” 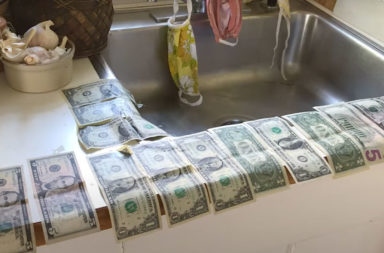 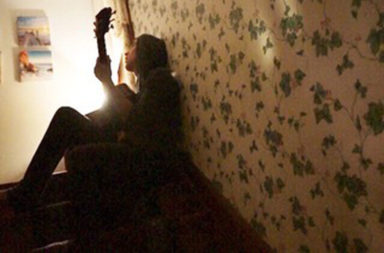