In the city that never stops developing, day laborers have become a growing cause for tension between unions and the contractors who employ the jornaleros (day laborers).

As major unions hold on to traditional regulations, contractors working on low-rise sites — routinely non-union jobs — have increasingly sought out workers willing to accept cheaper pay and no benefits.

“Right now a lot of non-union contractors take advantage of the available labor,” said Louis Coletti, president of the BTEA (Buildings Trade Employers’ Association), which represents 1,500 union contractors around the city. “They offer workers $10 to $15 an hour with no training, they leave them on the worksites, and a lot of laborers never even get paid when the job’s done.”

According to union representatives, the more accidents and fatalities that occur on construction sites, the tougher it becomes for everyone.

“If owners and contractors don’t follow consistent basic standards, it causes a detriment to
the public and workers on the job,” said Coletti. “These days all you have to do to see it is walk
by a site and look at the work conditions.”

A 2006 Occupational Safety & Health Administration report given to the BTEA stated that 86 percent of 29 construction fatalities — at 28 sites — in New York City during fiscal year 2005 to 2006 occurred on non-union sites, and the agency cited immigration status and language as factors in 76 percent of the deaths recorded on both union and non-union sites.

In addition, nearly half of workers — 44 percent of 997 foreign-born workers killed nation-wide in 2006 — were from Mexico, according to the U.S. Department of Labor’s Bureau of Labor Statistics.

However, David Rodriguez, president of United Hispanic Construction Workers, an organization that helps minorities find employment in the business, argued that legal immigrants could be bearing part of the angst against their undocumented counterparts.

“Just because someone looks like an immigrant or doesn’t speak perfect English doesn’t mean that he or she’s not documented,” said Rodriguez, a 34-year veteran of the construction industry.

In neighborhoods like Jamaica and Cambria Heights, the issue of a growing workforce of day laborers has grabbed the attention of City Councilmember Leroy Comrie.

“There’s so much work going on right now,” Comrie said. “We’re trying to work with older unions to open up their memberships and provide documentation for more laborers. What they need is direct access to apprenticeships, but there is still reluctance among unions to let new blood in.”

Comrie acknowledged that some laborers might even have trickled over to union jobs due to a limited number of documented workers per project. But, if so, “only on the smallest level as of now.”

Still, an advocate for the workers, Oscar Paredes, who founded the Latin American Workers’ Project in 1997, said he has seen union members courting laborers. However, he doubts that the unions are truly concerned about the workers’ safety.

“In reality, unions are doing nothing for the workers,” said Paredes. 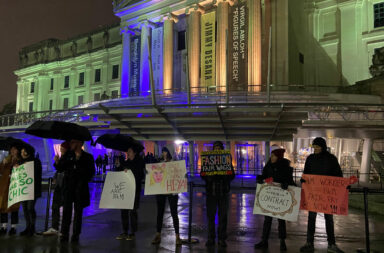 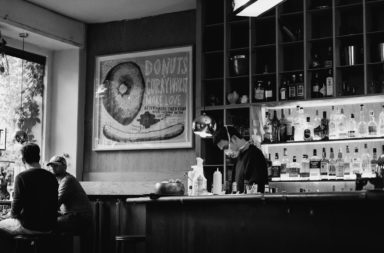 Fed Up Enough to Unionize