The side of a building on 125th Street and Broadway has become a focal point of AIDS awareness in Harlem. Until March, two huge billboards on the building combined to declare, “We’re not taking it lying down!”— the tagline of an ad campaign by The Women’s Institute at Gay Men’s Health Crisis. The posters were replaced by twin ads for the “HIV stops with me” effort sponsored by the state and city health departments.

The messages and their prime Harlem placement come at a time when African-American women are the group with the highest rate of HIV infection in the city — and the nation. 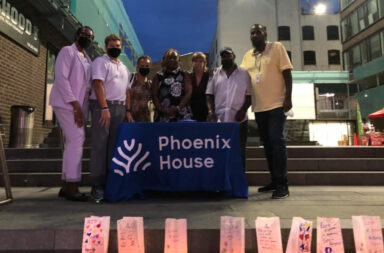