As Democrats captured a majority in the state senate for the first time since 1964, beating out Republican incumbents in two districts, the new political landscape has many reformers anticipating a once-in-a-generation opportunity to influence longstanding legislation.

“If the governor puts a serious proposal for repeal or sweeping reform on the table it’s likely to be taken up by the Democratic senate,” said Robert Gangi, executive director of the Correctional Association of New York, a drug policy group.

Enacted in 1973 by then-governor Nelson Rockefeller, the tough on crime statues established mandatory minimum sentences for drug-related offenses, limiting judicial discretion on the length and type of sentences handed out. Last year more than 20% of new inmates, or roughly 12,000 prisoners in the New York state correctional system were committed for drug-related offenses. Over the last 35 years, hundreds of thousands of offenders have been sentenced under these laws.

via Lives in Focus 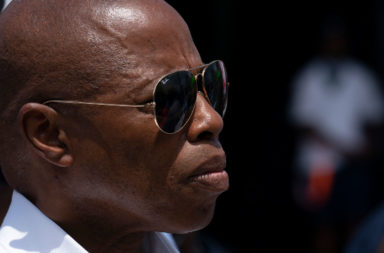