Built in 1931 in the midst of the Great Depression, 1328 Gates Avenue is a six-unit rental apartment building in Bushwick. It has seen the streetscape grow and change, prosperity ebb and flow, and generations come and go. It survived the Second World War, the blackout and riots of 1977, and the crack epidemic of the 1980s. It took the housing boom of the 2000s to nearly destroy it.

Unremarkable from the outside, a passer-by would have no reason to look twice at the modest structure with a red brick facade. Yet the travails of this one building and its handful of hardy residents encapsulate the rowdy, often ruinous, excesses of this decade’s real estate market in New York City. 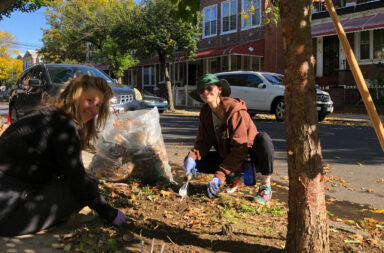