Off!, the new hardcore punk group from Circle Jerks and Black Flag legend Keith Morris, made their New York debut at Europa Thursday night. Morris brushes off the label “supergroup,” but the band consists of him as well as Burning Brides guitarist Dimitri Coats, Redd Kross bassist Steven McDonald and Rocket from the Crypt drummer Mario Rubalcaba. The group made their live debut this year at South by Southwest, with no official name and only a few songs. In Brooklyn, they flew through just over a dozen short hardcore numbers. Opening bands were Dessert Storm, Liquor Store and Cerebral Ballzy. 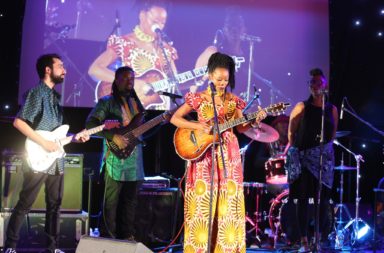