Roberto de Jesús did not care about U.S. politics before he moved from Puerto Rico to New York in 2011.

After two years of living in East Harlem, De Jesús, 31, registered to vote for the first time in the 2016 presidential elections. “I’ve started to create a life in New York,” he said. “There is not much hope back home.”

De Jesús is one of 5.3 million Puerto Ricans who reside on the mainland. More than 80,000 people left the island in 2014 in the wake of an economic crisis, and an average of 230 people have moved to the mainland every day this year.

Many will take the island’s current economic crisis to the polls in November, residents of East Harlem said. Puerto Ricans make up 24.5 percent of the population in East Harlem, but turnout in the 2012 election for Puerto Ricans only reached 52.8 percent.

“Puerto Ricans migrating now are more educated and don’t behave like a minority as much as previous generations,” said Sandra Suárez, a professor of political science at Temple University. It’s still uncertain, but I think they will make an impact.”

The unique relationship between the United States and Puerto Rico makes Puerto Rican migrants a distinctive demographic in general elections. As American citizens, they are not burdened with immigration concerns. Instead, many worry that the crisis might lower their chances of going back home.

“I would like to own a home in Puerto Rico someday,” said De Jesús. “But the crisis in the island might put the dream on hold.”

Last June, President Barack Obama signed the Puerto Rico Oversight, Management and Stability Act, or PROMESA, which in Spanish means “promise.” The bill appointed a board that will take over management of Puerto Rico’s public agencies and oversee the restructuring of Puerto Rico’s $72 billion debt.

Many Puerto Ricans are skeptical. “I don’t agree with the PROMESA bill,” said De Jesús. “It just promotes more unity with the United States and we need to start moving forward.”

Residents of Puerto Rico are not able to vote in presidential elections, but as American citizens they are eligible to vote upon residency and registration in the mainland. When they do so, they lose the right to vote in Puerto Rican local elections.

Diana Verde, 18, opted to register as a resident of New York after she moved to East Harlem last summer. For her, voting in the United States is a statement on behalf of the island. “What interests me about American politics has to do with the situation in Puerto Rico,” said Verde.

But Puerto Ricans in East Harlem generally agree that Hillary Clinton, who released a statement backing the PROMESA bill last June, would be the best choice. Trump told CNN Money that he would not bail out Puerto Rico’s debt.

“I like the fact that she would be our first female president. We just can’t let Trump win,” said Verde. 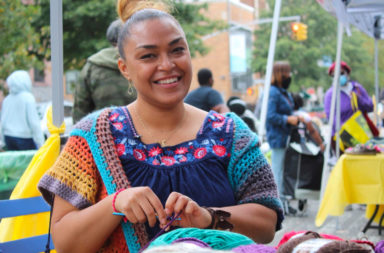 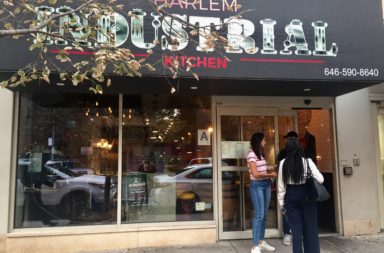