Deaf and hard-of-hearing Americans are pushing back against being left out of official COVID-19 updates.

At White House and New York state press briefings, sign-language interpreters are not present or visible on broadcasts. The presentations led by President Donald Trump and Gov. Andrew Cuomo have lagged behind those of other officials, such as Mayor Bill de Blasio’s, that have consistently provided interpreters.

On May 1, the bipartisan Congressional Deaf Caucus sent a letter to Vice President Mike Pence urging that sign-language interpreters be provided at all press briefings to serve the 48 million Americans who need their services. There’s been no response from the Trump Administration.

In New York, the state at the epicenter of coronavirus, four deaf residents are suing Cuomo for not providing interpreters at his earliest briefings. Cuomo’s office finally, after five weeks, added an interpreter via an online link for press briefings after advocates said providing closed captioning at prior conferences was not enough.

The New York interpreter doesn’t automatically pop up on screen, so many viewers likely don’t know there’s someone signing at briefings. Viewers must go on the governor. ny.gov/news website, navigate to press briefings, then scroll down to a special link on YouTube with the interpreter featured on the screen for the May 1 conference.

“Many deaf people didn’t know about this interpreter since it was a video interpreter on the website, and you had to follow along. Shame, since it was a very informative press conference. They need to let people know!” David Michalowski, a graphic designer, told the New York City News Service. “We adapt to get information. Deaf people always have, but they should make it easy.”

Some prior New York state press conferences still do not have a link to American Sign Language (ASL) services, so deaf or hard-of-hearing viewers can’t see what they were missing.

The Problems With Some Solutions

The lack of reliable access has led many to rely on the community’s own resources, including social-media posts.

“We’re getting coronavirus information from Facebook. Deaf people are getting news from social media. The community is taking care to catch each other up,” said Sheryl Eisenberg-Michalowski, co-director of the Deaf Law Center in New York, who is married to David. “We have much better access than we did, but we need total access for everyone, to interpreters in-person, on video and the closed captions.”

Many hospitals don’t provide interpreters, and some have been sued for it. Deaf patients have better health outcomes when an ASL interpreter is present, according to the National Institutes of Health. Hospitals are struggling to provide interpreters safely amid social distancing, often having to find them at the last minute to provide video-relay services when a deaf patient is already waiting to be treated.

For online or broadcast presentations, closed captioning, which often lags or is inaccurate, is not optimal for a variety of reasons. The main one: English is not the first language for many deaf Americans, who use ASL, the only nationally recognized language in the U.S.

“Effective communication is individualized. For some deaf people, closed captioning could be sufficient, and for some it could not be. Public service announcements are a government service, and they have to ensure those government services are accessible,” said Andrew Rozynski, attorney and co-director at the Deaf Law Center.

The federal Americans with Disabilities Act mandates that all public entities, including federal, state and local governments provide auxiliary services for persons with hearing loss. This includes providing a sign- language interpreter, either “qualified interpreters on-site or through video remote interpreting (VRI) services.”

“The information has not been made clear in ASL by the U.S. government. Many deaf people don’t know what the right information is yet,” said Howard A. Rosenblum, CEO of the National Association for the Deaf, in a statement to the News Service.

The association and others who have appealed to the White House, demanding ASL interpreters, also have yet to receive a response.

New York has bungled communicating to the deaf in the past. After a class-action suit regarding the city’s Hurricane Sandy response, a federal judge ruled that its emergency preparedness and disaster communications programs were inadequate for the disabled.

She also sees the crisis as another moment for the deaf community to advocate for itself.

“The doctors are wearing face masks, we can’t read their lips,” she said. “So we have to let them know and advocate for ourselves that, ‘Hey we need an interpreter!’ So we will all learn from this how to do better. We’re in this together now.” 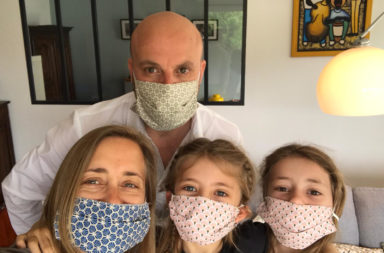