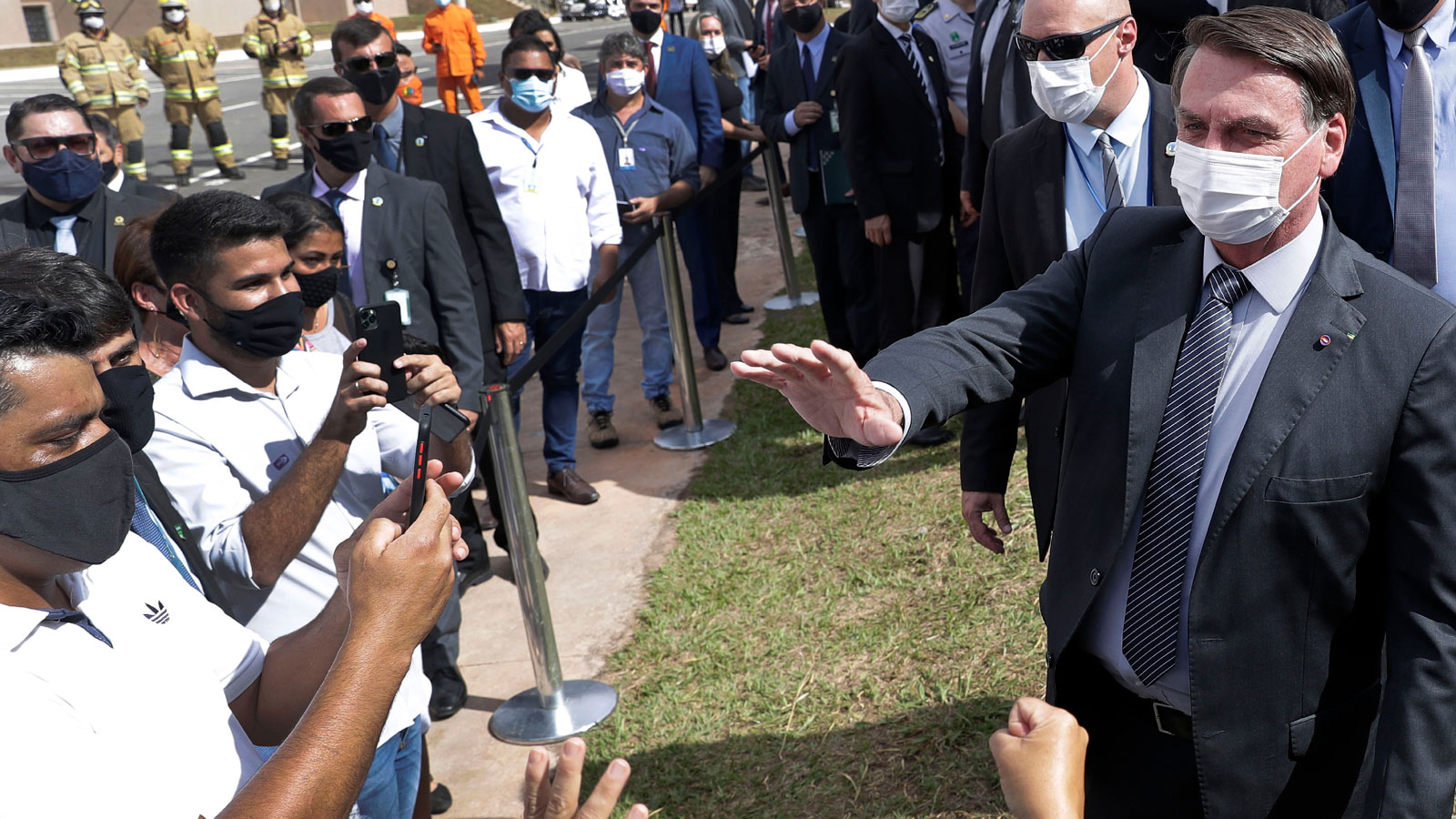 NOTHING EASY: Whether Jair Bolsonaro remains in office or is succeeded by a rival in next year’s presidential election, Brazil’s leadership will pose challenges for Joe Biden’s global agenda. (AP/Eraldo Peres)

President Joe Biden is in a tricky spot when it comes to Brazil’s next president.

Biden ran on a foreign-policy platform that prioritized anti-corruption initiatives, aggressive action on climate change, preservation of democracy and ending the pandemic.

In Brazil, that path doesn’t follow a straight line when it comes to next year’s election.

Far-right President Jair Bolsonaro has severely mishandled the pandemic, worsened climate and economic crises, and faces a looming impeachment. The candidate who likely will be strongest in taking him on is Luiz Inácio Lula da Silva, the leftist former president who has been under investigation for corruption numerous times. A third candidate, who could emerge from among the centrists, might help wiggle Biden—and Brazil—free from their binds.

The election could have lasting effects on U.S. relations with Brazil under Biden.

More than 330,000 people have died of coronavirus in Brazil, hospital beds are at or near capacity in every state and vaccines only recently started to trickle out. Bolsonaro, a Donald Trump sympathizer who contracted COVID-19, touts the use of hydroxychloroquine and once claimed that one could “turn into a crocodile” if they took the vaccine.

Brazilians also face a worsening economic future, with unemployment at nearly 14%. “Brazil has plunged into an economic, social and political crisis so deep with a disorder in the structures of society and the economy is reaching an unprecedented level,” Vanessa da Costa Val Munhoz, professor of economics at the Universidade Federal de Uberlândia (UFU) in Brazil, said in an interview with the NYCity News Service.

Under Bolsonaro, increased fires and deforestation in the Amazon have intensified the climate crisis. According to the World Resources Institute, Brazil lost 1.7 million hectares of forest in 2020, an increase of 25%.

Candidate Biden offered $20 billion to help stop deforestation in the Amazon and threatened “economic consequences” if Brazil continues down this path. Bolsonaro scorned the offer, saying that he “does not accept bribes.”

Caving to political pressure this month, his environment minister, Ricardo Salles, pleaded to countries including the U.S. for $1 billion in aid to help reduce deforestation, and Bolsonaro sent a letter to Biden asking to negotiate on climate. Biden’s climate policy makes it a priority to strike a deal, but whether or not Bolsonaro will follow through remains a question. Critics are worried that a deal on climate could bolster Bolsonaro’s approval ratings and help his reelection.

Change Is Not Assured

Despite the disastrous handling of the pandemic, the economy and the climate crisis, Bolsonaro remains popular. Yet  a poll released by research group Datafolha in March showed  54% of Brazilians now disapprove of his performance. There have also been growing calls for Bolsonaro’s impeachment for his handling of the pandemic, climate and his latest attempts at a military coup.

Bolsonaro has repeatedly tried to get the military on his side by ousting his defense minister and saying that he misses the military dictatorship. Bolsonaro has also expressed concerns that the upcoming election could be fraudulent and supported Trump’s baseless claims of U.S. election fraud. This all runs counter to Biden’s goal of strengthening the world’s democracies, promising a difficult relationship with Brazil, one of the world’s largest, if Bolsonaro stays in office.

The likely alternative may be better, but not great. Former two-term president Lula, a founder of Brazil’s Workers Party (PT), had been barred from running for office again for his involvement in Brazil’s sweeping Lava Jato (Car Wash) corruption investigation. Lula, who denies all wrongdoing, was put behind bars then released while still under investigation.

Last month, a Supreme Court justice annulled the corruption charges against Lula on a technicality. The charges were reviewed by the Supreme Court this week and Lula was cleared to run. If charges are brought against him in the correct jurisdiction, he will be at risk of conviction again. The only thing preventing a conviction completely would be an election win.

The Alternatives May Not Be Better

Lula, now 75, hasn’t formally announced that he will run, saying only that he would accept the invitation. He would likely beat Bolsonaro, but his popularity has decreased in recent years. He is most popular still in the heavily working-class Northeast region, which has faced much of the economic impact of COVID-19. Lula has positioned himself as an ally to the U.S., calling for a G-20 summit on the coronavirus and saying that Biden is “a breath for democracy in the world.”

“Interested in what is best for Brazil, I believe the U.S. should support Lula’s return to the Brazilian presidency,” Aureo Toledo, professor of international relations at the country’s Universidade Federal de Uberlândia, told the News Service. “In light of what Bolsonaro has caused to Brazil so far, we need to move beyond this type of far-right platform.”

Lula sounds more promising than Bolsonaro, with a catch: Biden has made it a goal to support transparency and anti-corruption initiatives. Biden’s Secretary of State, Antony Blinken has emphasized the U.S. administration’s anti-corruption priorities. With Lula’s corruption charges still unsettled and his past convictions still standing, turning a blind eye to a Lula presidency would risk hypocrisy for the U.S. It’s a risk that has to be taken, a former Obama administration official told the News Service.

“The United States works with leaders that are under suspicion for all sorts of things all over the world, and we talk to many countries with which we don’t share values,” the former official, who asked not to be named because he works as confidential consultant on regional affairs. “When you’re talking about corruption, a country like Saudi Arabia, and many others, have a track record and we still collaborate with them,”

The comparison of Brazil under Lula to a country like Saudi Arabia is a stark one. But there are other options.

Six centrist candidates—Ciro Gomes, Eduardo Leite, João Doria, Luciano Huck, Sérgio Moro, and Luiz Henrique Mandetta,—‚signed an open letter in defense of democracy on March 31. In the latest poll from the research group Poder Data, Bolsonaro would lose against TV personality Huck by 13 points. The poll did not do a head-to-head of Lula and centrist candidates, but a majority of poor Brazilians—a demographic typically captured by Lula — would vote for Huck over Bolsonaro. The poll suggests that if the center is able to get behind one candidate, it could knock out Lula or Bolsonaro.

A centrist president prioritizing democracy, control of the pandemic—and not caught up in corruption scandals—could be best for relations with Washington

But the reality is, there is no perfect candidate for Biden or for Brazil, left, right or center And both Bolsonaro and Lula present obstacles.

“It’s a threat to Brazil cause they’re both extremes,” Mandetta, a former health minister under Bolsonaro, said on CNN’s “Amanpour.”

“I don’t know who would win, but for sure, Brazil would lose.” 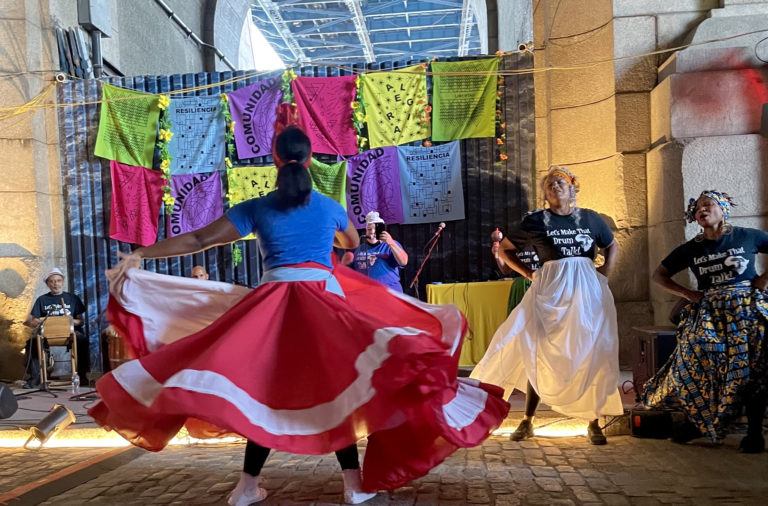 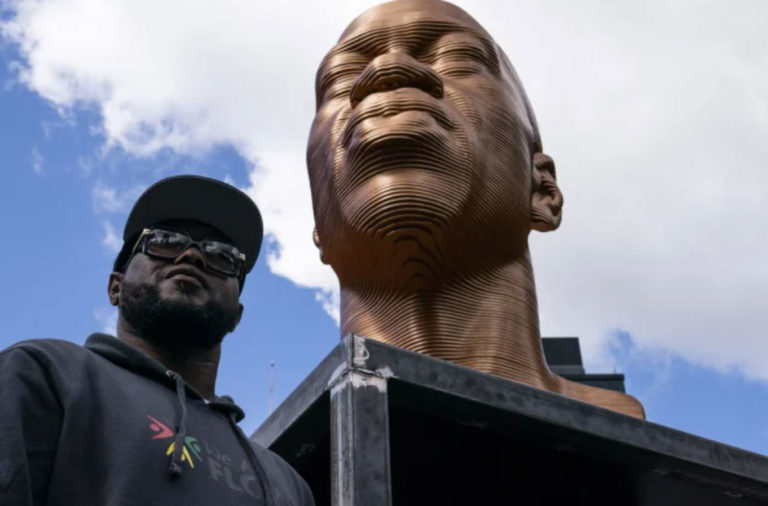 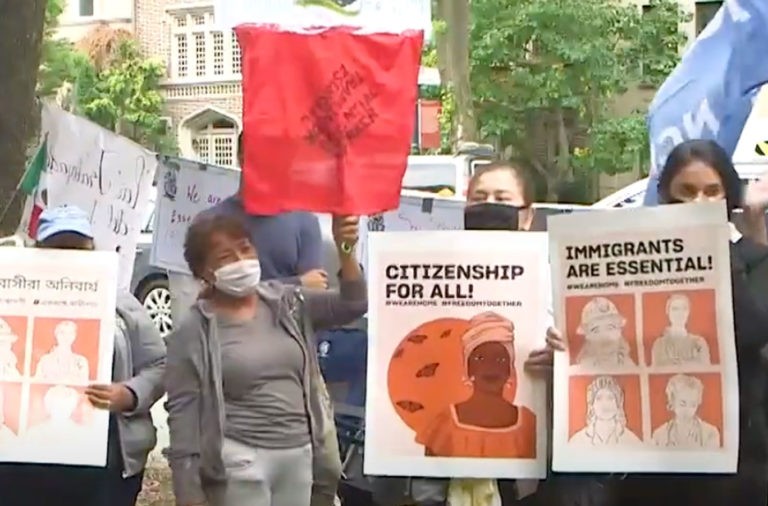 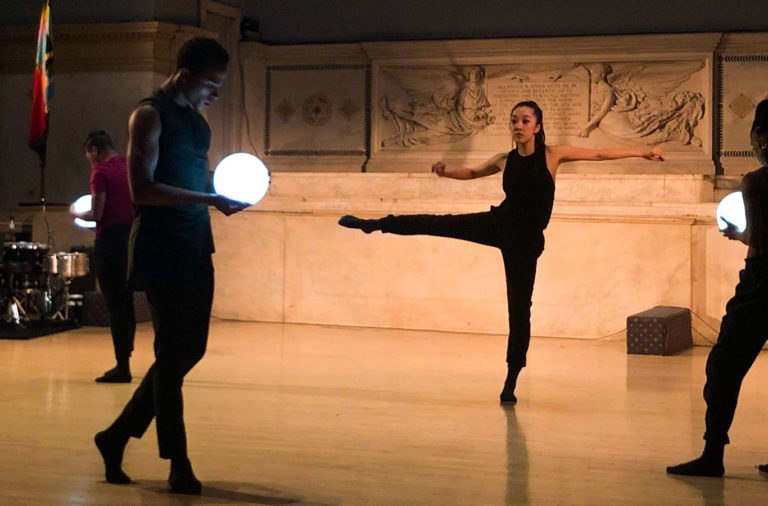 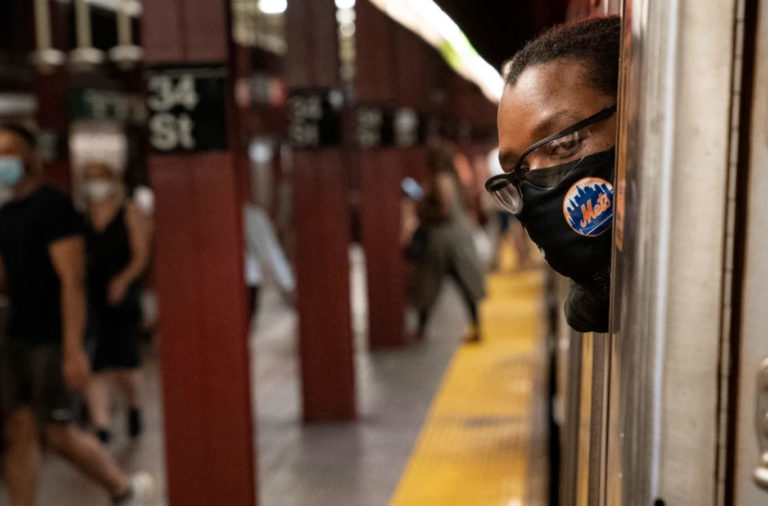 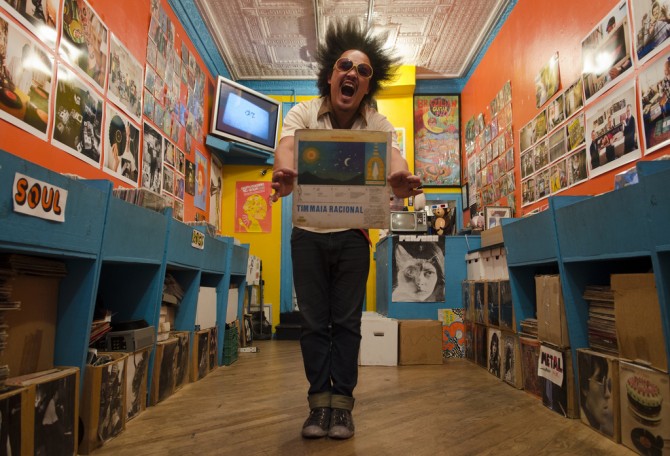 via Voices of NY 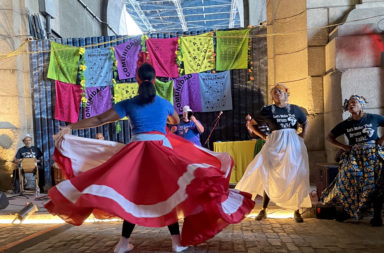 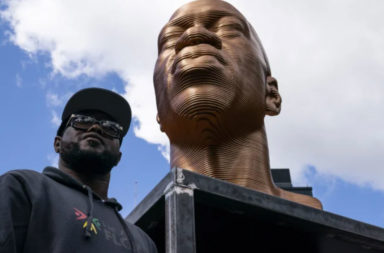