Coney Island residents who fear that the construction and operation of a new ferry terminal will damage their health feel that the city didn’t listen to them throughout a long fight against a creekside facility scheduled to open soon.

Even as a federal environmental investigation continues, community opposition couldn’t halt the city’s ferry plans in Kaiser Park. Opponents pointed to the presence of potentially health-threatening toxins in Coney Island Creek and pushed for an ocean pier as a better choice.

“They weren’t listening to anything we said,” said Ann Valdez, a 55-year-old grandmother and community advocate who was born and raised in the neighborhood.

Valdez was among the founders of Coney Islanders for an Ocean Side Ferry, which formed after community members felt blindsided by the announcement of plans to build the ferry on the creek. The group contends that that the community also was not properly informed about the potential for exposure to toxic materials.

Valdez took her children for summer birthday parties in Kaiser Park, a tradition she has continued with her grandchildren. Construction for the ferry terminal made it difficult to use the park.

“If that ferry was for us, more people would know about it,” she said. “That ferry is for entertainment purposes and to bring people from other boroughs…and probably a whole bunch of tourists.”

Michael Quinn, owner of hot-dog company Feltman’s of Coney Island and another founding member of the oceanside-ferry group, said the experience has left him convinced that more community residents need to run for elected office, to increase representation of local concerns over corporate or real-estate interests.

Community members told The New York Times they suspect the ferry project was rushed through to be completed before Mayor de Bill Blasio leaves office Dec. 31 and in deference to developer John Catsimatidis, who is constructing luxury condos nearby and has lobbied the city to provide ferry service.

The city Economic Development Corporation said the creekside site was chosen, in part, to increase options for travelers near Kaiser Park. The oceanside location, which is already served by subway lines, was deemed infeasible because of factors including strong currents, the possibility of more service disruptions and higher building costs.

Opponents called for a halt to construction last month after a resident’s video caught a subcontracting company engaged in dredging that community members say violated permits.

The EDC began an investigation of the incident and stopped further dredging by the subcontractor.

“We have expressed a litany of concerns related to quality of life, environmental hazards, community health risk associated with this project,” Assemb. Mathylde Frontus (D-Brooklyn) said at a Nov 10. rally. “We were told over and over again that there was nothing to worry about. But now we know that’s simply not true.”

The EPA is still investigating the site for potential health and environmental hazards. The agency began collecting samples for analysis in April 2021.

“Even if they keep this as a ferry site, we don’t want ferries going out until this is cleaned,” Valdez said.

The EPA representative said an inspection report should be completed in the “the coming months.” Next steps could include additional assessment, renewed sampling or a decision to end Superfund action at the creek.

Valdez said the setbacks opponents of the ferry location have faced won’t be a deterrent to her future community advocacy efforts.

“It just helps me to dig in more,” she said. 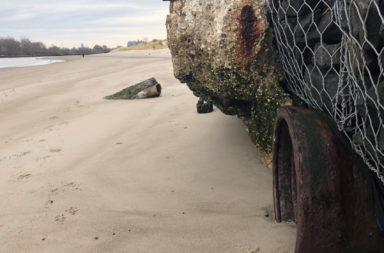 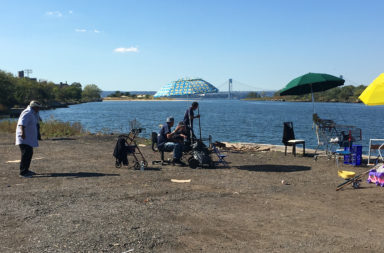