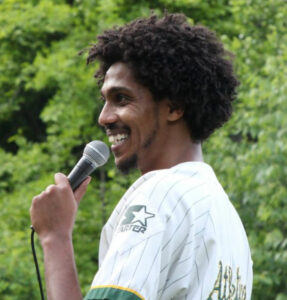 The Fools Circle comedy series is back.

Its ongoing goal is to push the limits on who does standup—and how.

“The institution of comedy is changing,” says Teklai, with a nod toward the unraveling of the industry’s racial and gender constraints, a movement accelerated by the pandemic.