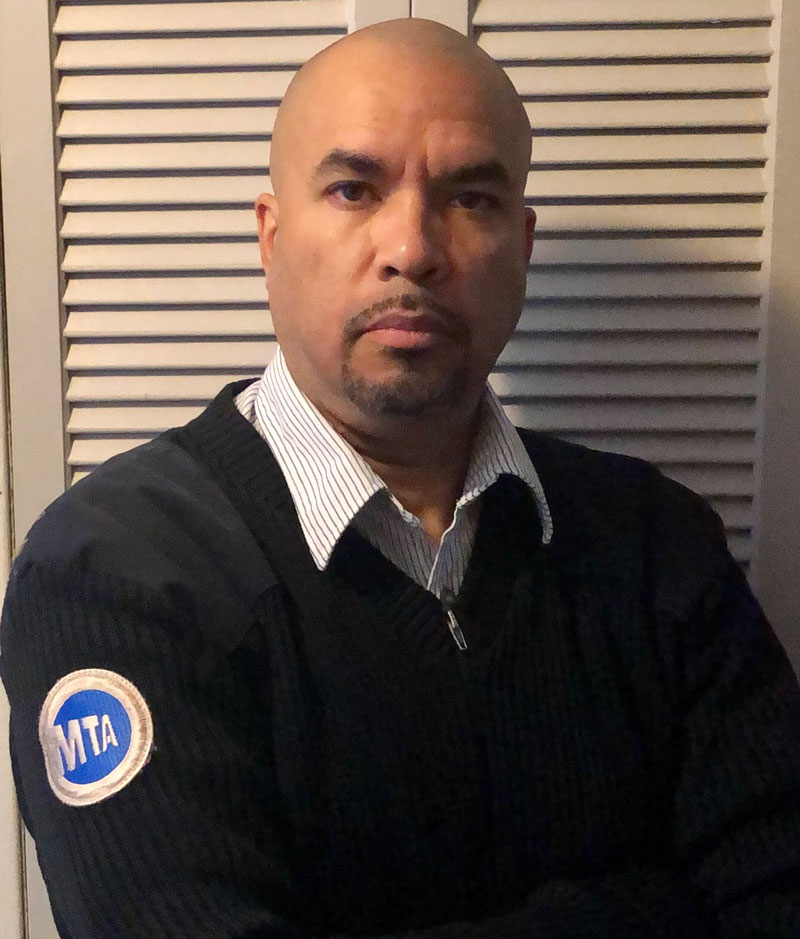 “I’ve never experienced the wave of emotions that I’ve been dealing with the last couple months…” said Jose Rodriguez, the subway train operator who found the bodies of two graffiti artists who had been hit by a preceding train. “The anxiety just comes out of nowhere, for no particular reason.”

On the night before what became his last trip this year as a subway train operator, Jose Rodriguez was told he would be filling in on the number 3 line.

Early on the morning of April 20, Rodriguez, 45, drove from his home in Suffolk County to the start of the 3 line in Harlem. He piloted the train from 148th Street, through Manhattan and all the way to the last stop in New Lots Avenue in Brooklyn.

It was a busy spring day. It was sunny, with temperatures heading into the 50s.

Taking the route back, Sutter Avenue-Rutland Road, at the border of East Flatbush and Brownsville, is the last elevated station. There’s a sharp curve to the left before the train goes underground on the way toward Manhattan. As he approached the tunnel, Rodriguez noticed something on the side of the tracks.

At first, he didn’t give it any thought. Some debris, a trash bag maybe.

“I said, that’s not a trash bag, that’s a body,” he remembered in his first interview about the incident.

Rodriguez stopped the train and called the control center. He got out and walked around the tracks. That’s when he discovered a second body.

It was all too much.

Julien Blanc, 34, and Pierre Audebert, 28, two French graffiti artists hoped to leave their mark when visiting New York. They spent their trip painting walls, alleyways and rooftops with their tags—Full1 and Jibeone.

They were taken with the idea of tagging a subway train—friends and family told The New York Times they believe the two men entered the  tracks near Sutter Avenue-Rutland Road with the intention of tagging some part of the infrastructure. 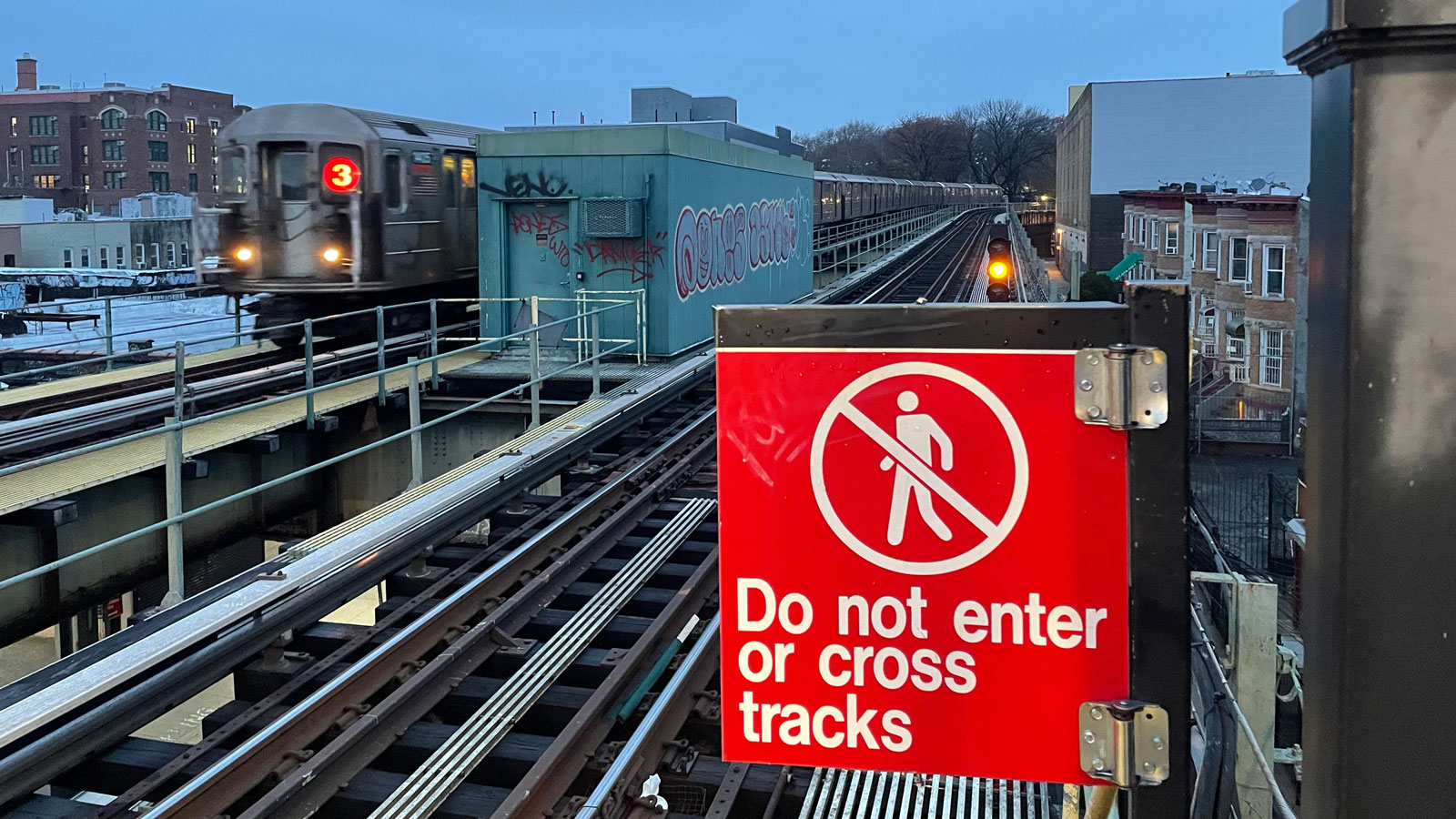 SHARP TURN: Train operator Jose Rodriguez is dealing with the aftermath of discovering the bodies of two French graffiti artists who had been struck by a previous train near Sutter Avenue-Rutland Road, the last elevated station before the 3 line goes underground in Brooklyn. (Natalie Robbins)

Rodriguez had spotted the bodies of Blanc and Audebert after they had been hit by a preceding train. When they were struck is not known.

“I had a panic attack after I found that second body,” Rodriguez  said. “That’s when I almost shut down. I couldn’t move. I had trouble breathing.”

An ambulance took him to Brookdale Hospital, where a doctor told him he was in shock.

In the days that followed, Rodriguez visited doctors and filled out paperwork, following the protocols to document the incident for the Metropolitan Transportation Authority and Transport Workers Union Local 100. He went to a downtown Brooklyn medical lab to give a statement and complete a drug test that confirmed he was not under the influence while operating his train.

“For those passengers that were on the train, they might think that this is just another day for us,” Rodriguez said. “The train’s still running, but they don’t see what the real outcome of a tragedy like this is.”

For weeks, Rodriguez was plagued by nightmares. He couldn’t sleep or eat. Since the accident, he’s lost 20 pounds from his six-foot-three frame. He began seeing a therapist and a psychiatrist, and received a diagnosis of PTSD.

“It takes you over no matter how much you try to control it,” he said. “I’ve never experienced the wave of emotions that I’ve been dealing with the last couple months. Your days—I could just sit and watch TV, try to preoccupy myself, and the anxiety just comes out of nowhere, for no particular reason. And it just takes you over.”

The union contract guarantees Rodriguez up to 12 months off if he is medically unfit to return to work. He hopes that in a year, he’ll be able to go back to the job the loves.

He filled out an application to work in the subway 22 years ago, at the behest of his mother. He started as a station agent, then became a conductor and eventually achieved his goal of becoming a train operator.

As a subway employee for nearly half of his life, Rodriguez says it’s hard to imagine doing something else.

“Operating hundreds of thousands of tons of steel behind you and being able to control them—it’s something that I’ve always enjoyed,” he said. “And still do to this day.”

From January through April 2022, the month Blanc and Audebert were hit, there were 537 reports of a person trespassing on subway tracks, leading to 56 injuries and 37 deaths.

Rodriguez always knew encountering the aftermath of a 12-9—what the system calls a collision between a train and a person—was always a possibility. Of the four people who are still working from his training class, he said, three have had similar incidents.

“Most commonly, train operators, once they come back to work, they don’t actively seek any other therapy or support and they’re pretty much forgotten about,” said Aaron Morrison, vice chair of the TWU’s train operator’s division, who runs a support group for workers who have experienced similar accidents. “They come back to work, they continue their duties. But they haven’t really healed from what’s happened to them.”

Rodriguez grew up in Washington Heights and now lives in West Babylon, where he spends most of his time with his wife of 18 years and his two sons, 11 and 16. His family is his greatest source of comfort.

“The biggest help so far, aside from therapy, has been my wife,” Rodriguez said. A breast cancer survivor, she has guided him through living with pain and anxiety. Since the accident, they spend time as a family bowling, playing mini-golf, watching TV,and going on trips.

At first, he said, he avoided news coverage of the accident. He didn’t want to know the details.

One night, he succumbed to curiosity. He went online and found the names of Blanc and Audebert.

“They were young kids, and they had kids themselves,” he said. “It broke my heart.”

Rodriguez has tried to stay off public transportation since April. On a family trip to Disney World, he found himself aboard the people mover in the Orlando airport. Waves of panic set in.

Now, with the guidance of his therapist, he’s practicing exposure therapy in order to one day return to the subway.

Every morning, he drives his wife to the Long Island Rail Road station in Wyandanch so she can get to her property management job in the city. He sits in his car, watching as the 7:00 to Penn Station pulls in, the passengers board and the train moves away.

The next step, he said, is to walk her to the platform.

Then, when he’s ready, he’ll get on the train. 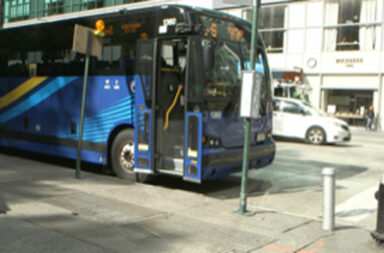 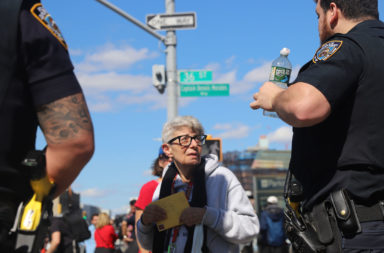 Too Close to Home 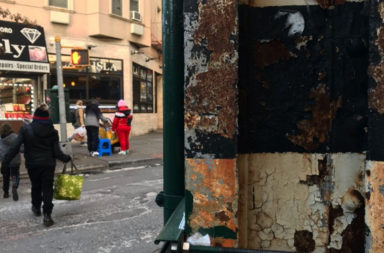