The FBI investigated Geraldine Ferraro after her historic run for vice president, questioning the Queens Democrat for five hours about how she financed her first election to Congress, documents show.

At least one Reagan Administration Justice Department attorney wanted to put the politically charged case before a grand jury – but the agency later reversed course, according to the documents. The FBI ultimately recommended against prosecution.

The revelations – and accounts of how Ferraro was subjected to death threats after she joined former Vice President Walter Mondale on the Democratic presidential ticket in 1984 – are contained in her 143-page FBI file. The documents were obtained under a Freedom of Information Act request, which calls on the agency to release certain documents after the subject’s death.

Ferraro, a former schoolteacher and lawyer who became the first woman to represent a major party in a national election, died in March at age 75 after battling a blood cancer.

Threats and a Probe

The FBI dossier contains 59 pages that detail four incidents of men who threatened Ferraro during the peak of her political career – including one Dallas man who mixed in insults against women and Italians, and another who uttered threats on a San Francisco-bound flight. The FBI redacted numerous passages and withheld two pages from the file, citing national security and privacy reasons.

The bulk of the file – 84 pages – outlines the ethics probe the FBI launched at the request of the Justice Department in 1985, after Ferraro left elected office.

The FBI dossier showed agents focused on how much Ferraro knew about a personal real estate deal to pay off campaign expenses when she ran for the House of Representatives in 1978, and how she documented her financial affairs in ethics filings.

Family members lent $130,000 to Ferraro to help pay for her 1978 campaign to represent a congressional district that included Forest Hills Gardens, where she lived with her husband, John Zaccaro, and their three children. Weeks before election day, the Federal Election Commission ruled the loans exceeded legal limits and had to be repaid.

At the core of the inquiry was her ownership of two commercial properties. On October 5, 1978, she sold the New York buildings to quickly raise money to repay the loans. Later, disclosures showed her husband, whose family was in the real estate business, had repurchased one of the properties, at 231 Centre St. in Lower Manhattan. That raised questions whether the transaction, using a dummy corporation, was a way to hide personally financing her campaign beyond legal limits.

The FBI determined that “Ferraro had very little knowledge of [redacted] business interest. She entrusted [redacted] to purchase investment properties for her and even authorized him to sign her name on business matters,” according to one memo.

The person whose name was withheld from that section is most likely her husband, whose business practices came under intense scrutiny during Ferraro’s vice presidential campaign. In 1985, Zaccaro pled guilty to a misdemeanor charge that he defrauded a mortgage broker. Two years later he was acquitted of attempted extortion in a cable television company’s bid to get a Queens franchise.

She is portrayed as cooperative, sitting for five hours of questioning, in which she detailed how she filed her House ethics statements and how she authorized her husband to conduct business deals on her behalf. The FBI noted she was “vaguely aware that she owned these properties” later sold for her campaign, and that others handled her business affairs and filled out her House ethics statements.

Several witnesses in the FBI files repeatedly describe Ferraro as someone who paid little attention to business dealings. The FBI summarized one interview with an unnamed insurance businessman who knew the couple: “Ferraro was characterized as very self-centered, who was interested to distraction over her career and had little interest in anything except what she was working on.”

A federal prosecutor intended to impanel grand jury, but subsequently  “decided that it was premature,” according to an Oct. 10, 1985 FBI memo. The FBI file also notes that federal prosecutors were hesitant to press charges, in part because of Ferraro’s high profile. “Because of the extreme political sensitivity regarding captioned matter, DOJ [Department of Justice] has been reluctant to impanel a grand jury to date,” an FBI agent wrote in a memo.

The FBI decided against recommending a prosecution, citing a lack of evidence showing Ferraro knowingly made false statements in her financial filings. Agents reported, “There is little evidence at this point in time to indicate that Ferraro willfully falsified her congressional EIGA [ethics] forms for the express purpose of concealing her or [redacted] business interests.”

The FBI closed the case in 1987, reaching a conclusion similar to an earlier ruling by a House ethics panel.

After Ferraro’s failed run for the vice presidency, she lost two bids to represent New York in the U.S. Senate. Ferraro would go to become U.S. Ambassador to the United Nations Commission on Human Rights in the 1990s, during the Clinton administration. She later hosted the CNN political program “Crossfire.”

HISTORY MAKER: Click the image above for a copy of Geraldine Ferraro's FBI file. 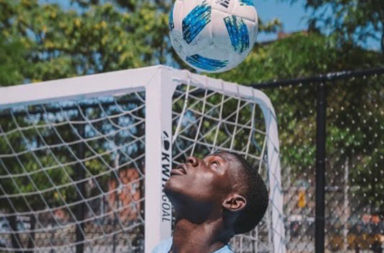