It didn’t anticipate receiving twice as much as it could handle.

During a two-hour drop off window on Sundays, residents bring more than 1,000 pounds each week. The community garden, nestled between Vanderbilt and Underhill avenues, only has enough space to process half that amount.

“We quickly found that we couldn’t handle all the compost,” garden coordinator Martha Elliot said. “It was kind of wild. People would line up half an hour early.”

On the first Sunday, Elliot initially thought people were waiting in line for the popular ice cream shop next door. But it became clear the garden would now need compost overflow sites. 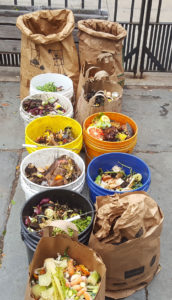 “We quickly found that we couldn’t handle all the compost,” said garden coordinator Martha Elliot.

In October, the garden launched a partnership with the NYC Compost Project, which is managed by the nonprofit Big Reuse and funded by the city Sanitation Department.

Residents and organizations concerned about the composting cuts, including Big Reuse—which does large-scale food-scrap processing—petitioned the city to restore its $21 million composting budget. They had only limited success. On Sept. 3, the City Council announced it was granting $2.8 million to fund community composting operations by eight partners, including Big Reuse.

Lou Reyes, who said he had been collecting up to 500 pounds of food scraps a week on his own, was hired by Big Reuse to coordinate with local gardens, including Prospect Heights Community Farm.

“There are a lot of places taking community food scraps, they’re the heartbeat of New York City,” he said.

Since September, a few drop-off locations have opened up in each borough.

Before curbside collection ended in May, the Sanitation Department had collected an average of 72.6 tons of organic waste each month since 2014, when curbside pickup began to gain traction in the city. In March alone this year, it collected 53.8 tons. 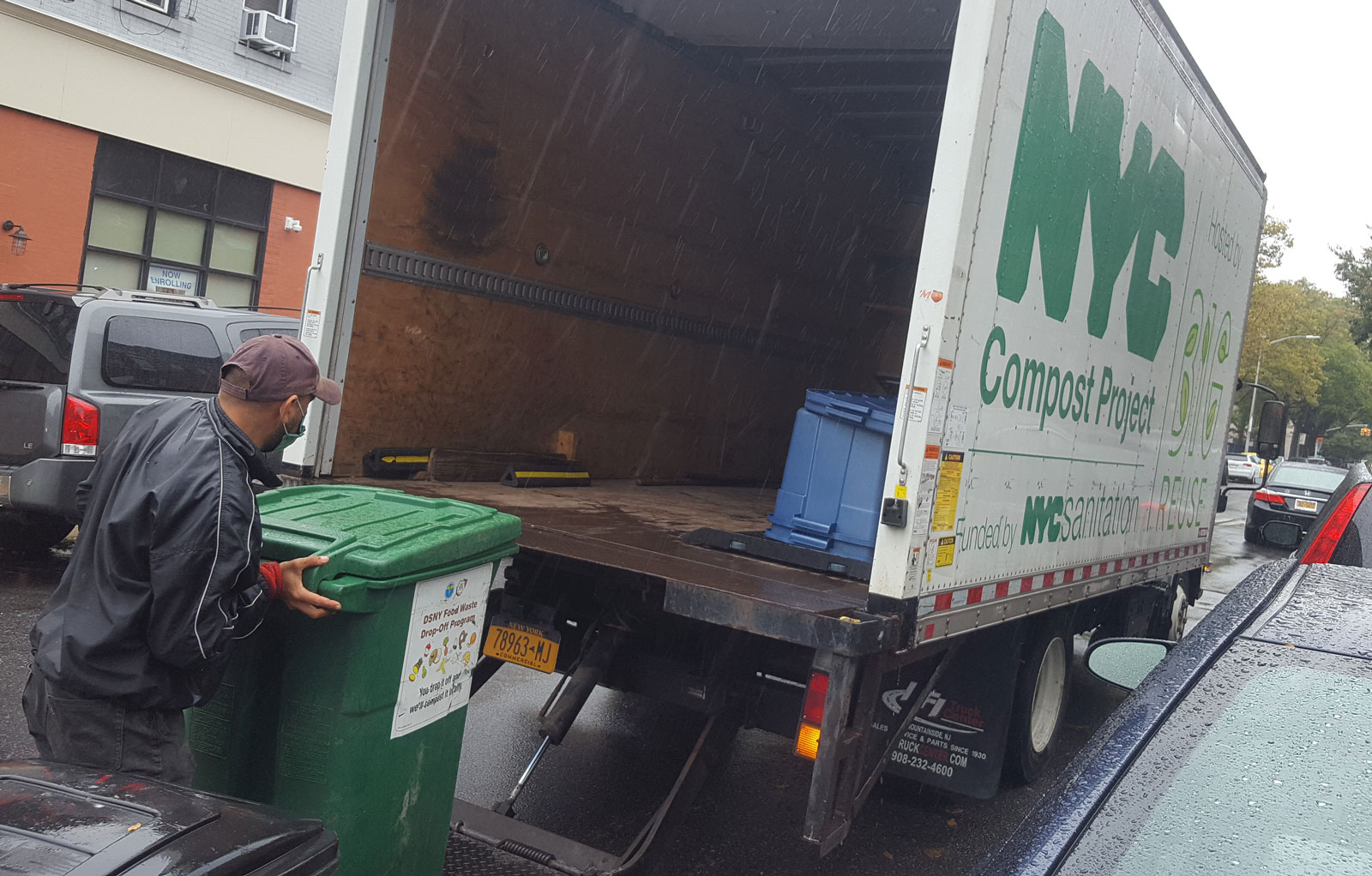 The NYC Compost Project, funded by the city and operated by Big Reuse, takes a load of food scraps from Prospect Heights Community Farm.

The Prospect Heights garden has had a composting system for members for the past 15 years. Even before the pandemic, according to volunteer Brian Thompson, the garden collected about 10 tons of food scraps a year.

“The thing we’re all learning out of COVID is that we don’t necessarily need the government to bail us out of things. We can do a lot for one another,” Thompson said.

Wendy Reitmeier, a retiree who wakes up early on Sundays to stand in a socially distanced line at the garden’s gates, sees the end of curbside pickup as discouraging.

“I’m sad to see that go after you’ve spent all these years training people to do recycling and composting,” she said.

Prospect Heights resident Raul Rothblatt, 55, a census enumerator, hopes citywide composting will resume and expand despite the setbacks caused by the pandemic.

“It can be done. San Francisco does a much better job with recycling and reducing garbage,” he said, based on many visits there. “There’s no reason why New York couldn’t do better.”

That is unlikely to happen before next July, when the city sets its budget for the new fiscal year.

“I think right now the hope is that it would be funded in next year’s budget to go back to what we had before,” said Joan Byrnes-Daly, senior manager at the Sanitation Department’s Zero Waste Unit. “The budget situation is dire this year and that is going to depend a lot on legislation.” 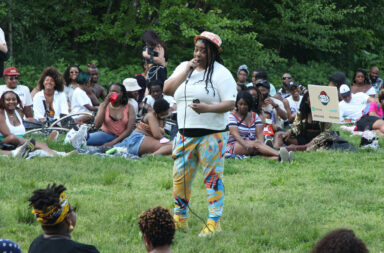