By Day 3 of the CMJ Music Marathon, the audiences were picking up numbers, steam and stamina for showcases running well into the late night hours.  Ludlow Street is the epicenter of the Lower East Side’s offerings for CMJ, with people spilling out onto the street from jam-packed clubs.

Spaces like Pianos, which used to be a piano factory, and its neighbors The Living Room and Cake Shop (yes, they actually sell pastries) aren’t chic and the sound isn’t perfectly bounced around the apartment-like spaces. But there’s the feeling of picking up some inside knowledge in these places. That atmosphere might just be the design behind CMJ showcases at the collection of gritty small clubs on Ludlow Street – building a grassroots following from a small group of people who come away feeling like they’ve survived and are now in-the-know.

Thursday night at Pianos, there was an eclectic collection of bands experimenting with several genres at once. Montreal’s Braids played upstairs to a filled-out, but partly couch-surfing crowd. The paid downstairs hosted a slew of Rock and Pop bands including S.Carey, Lia Ices, Sun Airway, Suuns and Small Black hosted by record labels Secretly Canadian/Jagjaguwar/Dead Oceans, who are from Indiana, not Canada. Secretly Canadian also have Yeasayer and Here We Go Magic from Brooklyn on their roster.

Here are some scenes from last night’s shows at Pianos with a slice of the performances from the Hard Rock Suuns, Experimental Pop Braids and Electro-Pop Small Black, who headlined the Jagjaguwar showcase with a collection of synths, 404s and live bass and drums. 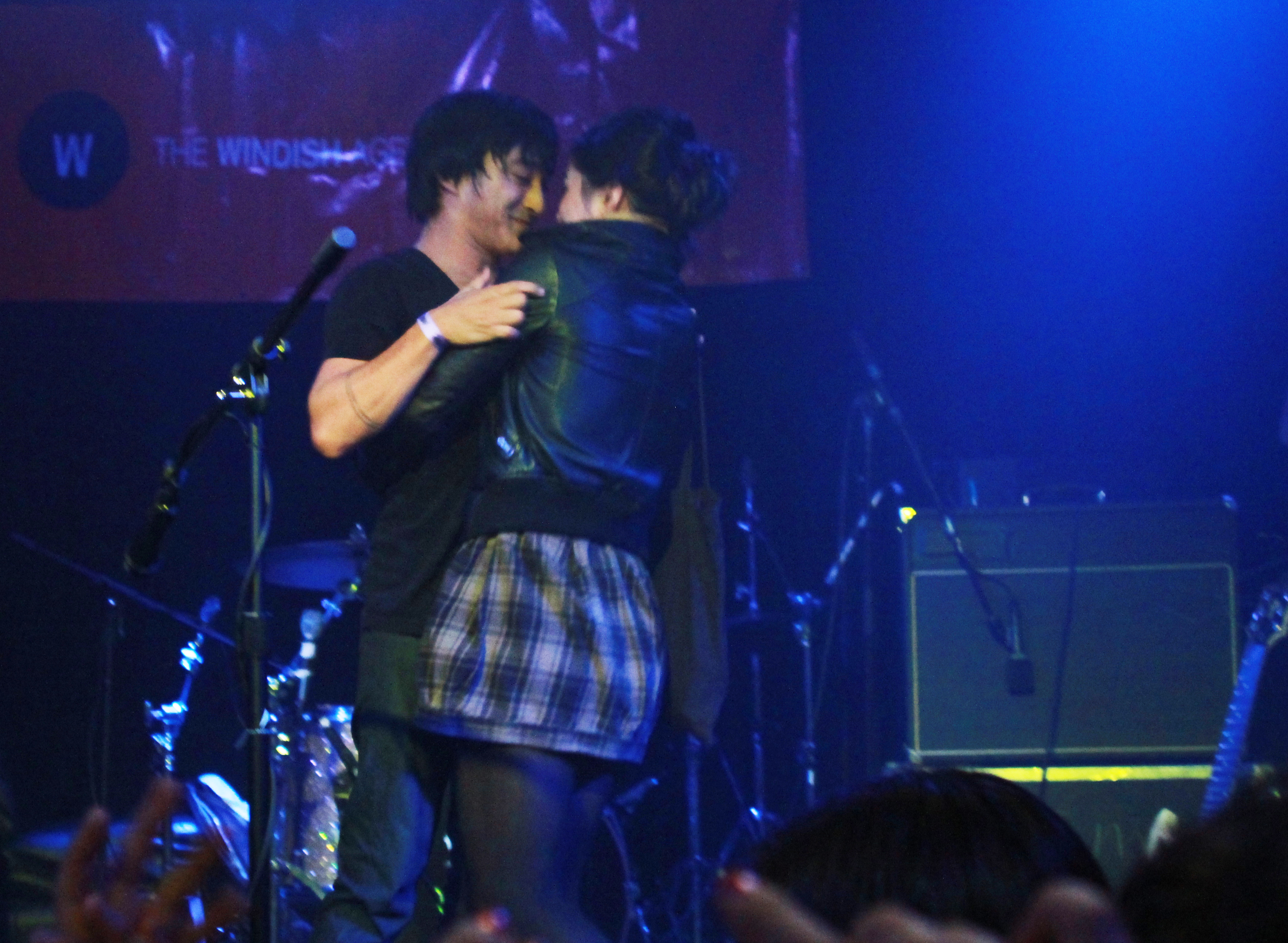 A Marriage Proposal and a Missing Twin